We are actually on vacation. Now while we aren’t actually in Disney, we are at vacation. And it’s glorious.

The day started with us working and doing school. I worked pretty much up to the moment we left. Like I sent my last email and then ordered the Uber

And where was that Uber taking us?

But before we left we had to say goodbye to our girl Daisy and thank you to both Nonnie and Papa for staying at our house and taking care of her while she’s sick. Love you guys! And thanks so so much!

Ok so yeah, heading to the Hilton Logan Airport.

Pfft it is TOO exciting.

Because it’s a tradition man. And this time we again stayed in the Executive level. Straight. Up. Pimpin. Our view was bomb.com. Shoot. I shouldn’t say bomb in an airport. Bah I should stop saying bomb. Bomb.

The kids were all kinds of excited. Oh because you were on vacation? No.

Oh because you were at the hotel? Nope.

She also got some new shirts, a new book, custom park pins, all kinds of stuff.

And I got a bag with candy, a crossword book, tsum tsums, a Christmas lights necklace and other fun stuff. Plus it was decorated with princess stickers so. Obviously Nickie knows me

We then headed over to the executive lounge for some posh what not. We got some free snacks and not so free beers.

We then walked down to Terminal C for our usual pre-Disney meal at Jerry Remy’s. And I cannot believe it but we got the same awesome waiter we got the last two trips! This guy, Eduardo, is awesome. He remembered us and hooked Nickie and I up with free soup and, even though he knew the boys were bringing over Burger King from next door, he gave them free drinks.

And when I told him I was looking for yogurt because I’m supposed to try and have some probiotics to combat the side effects of this antibiotic I’m taking, he brought me a whole bowl. Dude is best.

The boys brought over their burger king and had these amazing shakes – Owen got a cookies and cream and Myles got FROOT LOOPS!! I don’t know why I made that all caps but imagine me saying it like Oprah.

For dinner, I had the smoked turkey sandwich and Nickie had the cheeseburger with mushrooms and cheddar. Really good stuff but between the lounge snacks and the soup, we were so full. I mean I still ate it but you get what I’m saying. 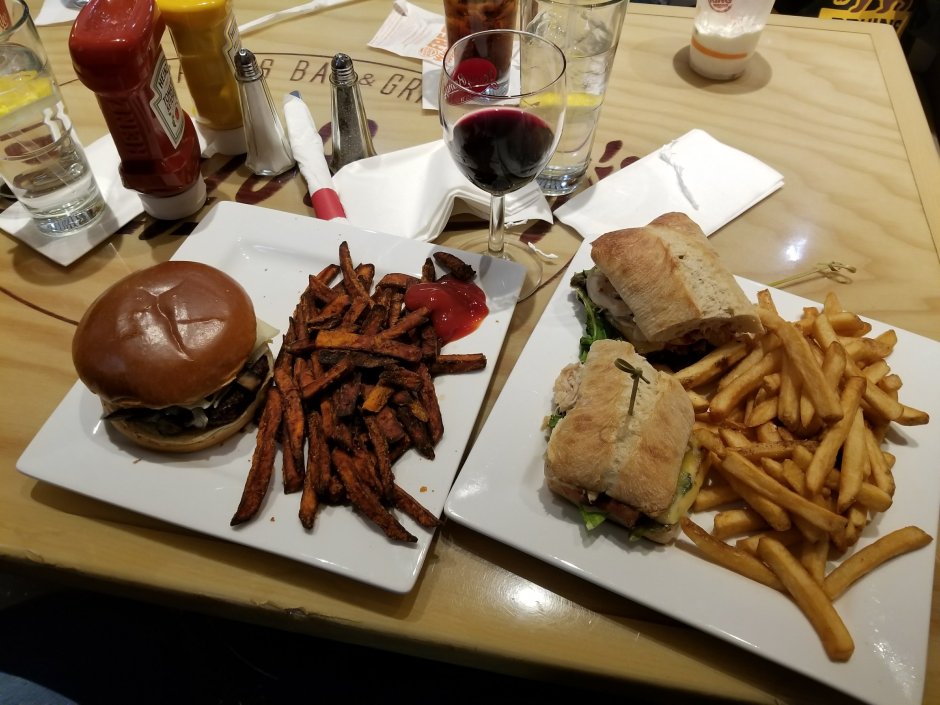 We paid the bill and then decided to walk the long way back to the hotel through multiple terminals. Which was good since that was when I wrote most of this post.

On the way we saw this guy.

We really need to try and get to bed early tonight because we have a 6AM flight tomorrow. Which is early. In case you didn’t know.

Ok so yeah we are getting ready for bed and packing our stuff up as we speak. Well Nickie is packing it up. I’m writing this blog post. 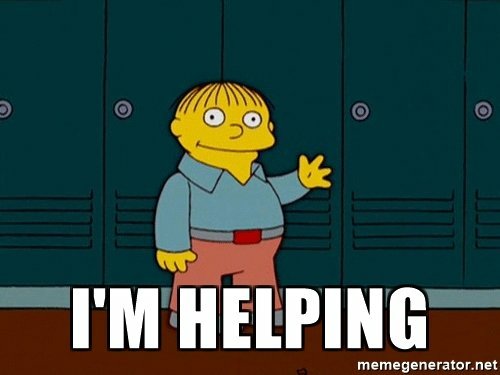