So here we are. Face to face. A couple of silver…wait. 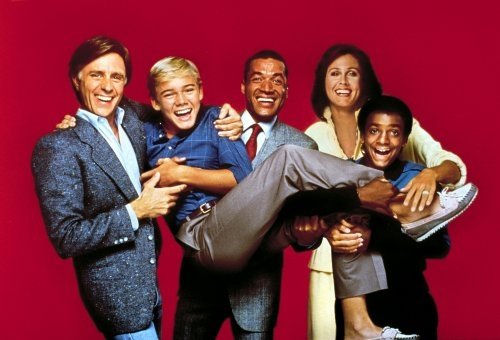 I don’t know where I was going there. But let’s get started on another SUPER TERRIFIC DADDY’S DISNEY MOVIE NIGHT. We are trying to get things moving a little faster these days as we are going to…

WHATTT? Double Digits? Cray cray. And after this one, we will have 18 movies left in the countdown. 18 Disney nights to get through. In fact, as I write this we are getting ready to head into another night tonight so I should have another one for you guys shortly. I will get it “Up” here as soon as I can work “Up” the motivation. I hope it is “Up” to my usual standards. Up.

But I am getting ahead of myself. For this Disney night, we decided to check in on Disney’s most narcoleptic princess – Sleeping Beauty. Now, as you will see, there are some flaws with this one that I can’t ignore.

But Wayne, if it’s so flawed then how did it make it onto your favorite Disney movie list?

That’s a good question, me. But please hold all questions UNTIL THE END.

For this one, it was just the four (well five….ohai Dasiy) of us. So let’s get on with it, eh?

So for this one, we sort of did a food/activity hybrid. A foodivity. We like to have a picnic in the living room. Spread blankets out, wear our pajamas and have brinner (breakfast for dinner). Get it? Sleeping Beauty? Yeah eh…I think it’s a bit of a stretch too. But I do love having breakfast for dinner.

We had eggs, sausages, cinnamon buns, toast and to drink – hot chocolate!

So, as I mentioned, I take issue with some pieces of Sleeping Beauty. Let’s go over them now, shall we? Oh, we shall.  Some are flaws and some are well….just weird.

Do you take this baby to be your lawfully wedded wife? – I mean, right? This is some messed up stuff right here.

May you grow to be a beautiful, singing idiot. – So these fairies. They can pretty much give Aurora any gift they choose to bestow. Wisdom? Kindness? Athleticism? Invisibility? How about giving her some magical powers? Nope. These chicks choose to give her beauty and the gift of song. What the what? Like, God forbid they have an average-looking princess. And beauty is the better of the two gifts. I mean, the gift of song? Worst. Fairies. Ever.

I AM THE MASTER OF EVIL SO HERE IS THIS CONVOLUTED CURSE!!!111 – Maleficent shows up and she is all “thanks for the invite, Violet.” And Merriweather is all, “I didn’t invite you Charlie Brown.” And then Maleficent gets all angry and puts this crazy curse on this baby. Rather than killing her then and there, she decides to wait 16 years. And then, in 16 years, she dies? Nope. Not exactly. She is going to prick her finger on a spinning wheel. Then she will die. Might as well have said she would have been killed by sharks with frickin laser beams on top of their head. Like, what? And to make things worse, Merriweather has a chance to save her and she says she will only go to sleep and be woken up by true love’s kiss. Like why couldn’t she have been like, “she will go to sleep and then be woken up when I give her a hearty handshake.” Bam. Done. Moron.

How have these four survived?

So the fairies decide to go deep deep deep undercover and keep Aurora in the forest and raise her. Even though it’s already been made clear that they can’t do anything to escape the fate Maleficent has created for the princess. But whatever. They go and live in the forest. For 16 years. And we see them 16 years later. Unable to bake a cake. Or sew a dress. Or clean the house. Without magic. So how in the crud have they survived these past 16 years? And then?  AND THEN? They decide to use their magic to get ready for Aurora’s birthday. And they get in a fight over the color of a dress, thus calling Maleficent’s attention to the princess. So essentially, it’s these three’s fault. They are the worst.

Aurora = worst at playing hard to get – When Aurora and Prince Philip meet in the forest, their meeting goes like this:

I got an idea. Let’s roofie the entire kingdom – At the risk of being repetitive, these fairies. Oy. So once Aurora pricks her finger and falls asleep, they decide to put everyone else to sleep too until Aurora awakes. So they have obviously forgotten that the only way she will wake up is by being kissed by someone they HAVE PROBABLY ALREADY PUT TO SLEEP!!!!! Fairy Godmothers, these three ain’t.

So, fine….lots of issues. Why do I love this movie so much? Besides Aurora being super hot (that gift obviously panned out) and the movie having one of my favorite Disney songs ever (gift #2, I guess), there are other things to like about this one:

Maleficent – One of the best villains ever. This girl is like pure evil. I mean, she gets mad at a baby. And she has demons dancing around a fire in front of her. She’s also a dragon. So.

Prince Philip – as far as early Disney princes go, Prince Philip is pretty cool. He seems to have an actual personality AND he kills a dragon.

True love finds a way – So yeah, I know. I complained about the whole true love’s kiss thing, but I do love the whole “Destined to find each other” thing between Aurora and Philip. They fall in love once they meet in the forest and are both not happy to know they can’t be with each other because they are betrothed. To each other. What?? True love is true love. You can’t mess with that. And I love that about this movie. It’s nice to see a movie that, at its center, believes this with all its heart. True love is something I believe in too.