Oh cool. Another post starting with an apology. But yeah, sorry it’s taken so long to get another post out. Now that the holidays are over, I should be posting more regularly. We just haven’t had much time at home to do any theme nights so.

I know not what I do.

I can’t stop loving you.

This pain I’m going through.

But now that we are in 2017, we are gonna be all about this blog. This blog. No treble.

So for this one, it was just the four of us but we turned this one from a theme night to a theme day. I know. Mind=blown. Just wait though. It’s gonna be frepic.

Freakin epic. Yep, I am making that happen.

As you probably recall or do not recall at all because you didn’t read it from the last blog post, we were driving from Michigan down to Chicago. So Day 5 we will arrive in Chicago. Which is awesome, because we will be visiting with my brother Scott , sister-in-law Carrie and their two girls, Gwen and Matilda.

I am not 100% on what we are doing, but it will be July 4th so I assume it will have something to do with things exploding. There is also a Cubs game that day, so that could be what we end up doing during the day. We are gonna leave it open and up to the Chicago Goodys. 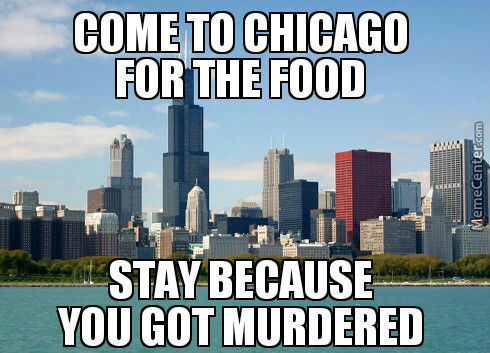 Therefore, with this being Chicago, we picked a movie that is literally ALL Chicago. No, not Chicago. But a movie that takes place alllll over Chicago. Wrigley Field. The Sears Tower. The Chicago skyline. Abe Froman, the sausage king of Chicago.

Yep, of course we did Ferris Bueller’s Day Off.

Beeteedubz, why does Abe never actually show up for his reservation?

This time, the activity took place before the meal because we made a day of it. Just as Ferris, Cameron and Sloane (mmmm….Sloane)

…head into town for the day, so did we. We drove into Boston with the boys to get lunch and check out the Boston Winter thing going on at City Hall Plaza. Check it out here:

Before checking it out, though, we had lunch in the Boston Common at Earl of Sandwich. Nickie and I split the holiday turkey sandwich, Myles got his own and Owen got a pizza sandwich. Also, Myles dropped his phone because Owen and I were pretending to kick him in the stomach. It’s all fun and games, right?

Anyways, yeah…the Boston Winter thing. We grabbed a couple beers and a pretzel, Owen had a Belgian waffle and Myles had some cider doughnuts. We looked around the shops and then decided to check out the skating path. The line though. B-A-N-A-N-A-S. It was like 2 hours long to skate. You think I’m gonna wait 2 hours to skate, Boston?

Here are a couple pics from the Winter Boston thing:

So we decided to head back over to the Commons and get out skating in at Frog Pond. It ended up being a great decision. No wait for unlimited skating. We all had a great time AND my toes hurt afterwards. So. Success?

After leaving Boston, we headed to Uno’s up the street from our house for some deep-dish pizza. On account of Chicago. The kids legit LOVE going to Uno’s. I feel like they would eat there every day if they could. This is mainly due to the fact that they each get little TVs to play games on and ignore us. And the waitstaff.

So I love Ferris Bueller’s Day Off. I mean, doesn’t everyone? It’s a high point in the John Hughes high school movie canon, for sure. Bested probably by The Breakfast Club and (maybe) Sixteen Candles, but a cut above Weird Science, Pretty in Pink and Some Kind of Wonderful. But it’s structure makes it stand out even a bit more if the overall quality does not.

Ferris is an interesting “hero” for sure. I mean, he skips school. He lies to his parents. He bullies his best friend into going along for the truancy. He’s smarmy. He’s spoiled. And yet, we root for him. I mean, for sure, it’s Matthew Broderick’s best role. I know. I know. You are all “what about Wargames, right?” But Matthew Broderick is Ferris Bueller, no? Whenever you see Matthew Broderick in anything, don’t tell me you’re not like…”oh, let’s go see that movie with Ferris Bueller.” That’s because he legit owned this role.

So yeah, Ferris is charming and funny and does an awesome job lip-synching Wayne Newton. And he definitely knows how to have a good time. But beyond that, you root for him because his reigning philosophy is something we can all get behind.

Right though? Pulling yourself out of the day-to-day to appreciate life is something we can all get behind. And while we could probably get into a “does the end justify the means?” type of discussion but I mean, it’s a movie. So relax.

Another thing struck me while we were watching this movie though. While Ferris is the de facto star of the movie, I really feel like Cameron is the character that grows the most in the movie. Ferris thinks he has it together at the beginning of the movie. And really nothing changes by the end. He’s planning on staying home tomorrow too. But when we first meet Cameron, he’s unsure of himself and living in a household where he’s an outsider. He’s pretty much miserable and Ferris seems the only bright spot in his otherwise melancholy existence.

As the day progresses, we learn that Cameron is also super wound up, living in a house with two parents that don’t love each other and that he doesn’t know what he’s going to do after high school. But at the end of the movie, after he has his time of reflection and after he kicks the Ferrari out the window, he decides that he is going to take the heat and face his father head on. And I think we are supposed to walk away thinking today was a turning point in Cameron’s life. Which brings us back to how important it is to “stop and look around.” Experiencing life can sometimes be more important than learning about it.