Welcome back to another installment of HEALTHY DISNEY NIGHTS!!

So we have been a bit slack in our Weight Watchers. With the coupling of both Turks & Caicos and Cape Cod in the last few months, we have been much more “vacation” than weight loss. But I mean, it’s summer so back off. I wasn’t receiving any compliments on my bikini anyways.

So yeah, we are getting our healthy Disney nights back up and running. And if you don’t remember, these nights are pretty great as they combine fun with dieting. Which I guess is less “combining” than it is two completely opposite things being forced to cohabitate. Insanely great sitcom fodder, but it becomes challenging when trying to put together a Disney theme night.

However, I do think we did a really good job with this one. The movie is obviously great but while I sometimes feel dieting may be a popular choice for demons during 7th Circle of Hell Theme Nights, Weight Watchers does at times force us to move out of our comfort zone and try new things. Tonight was one of those nights. I like nights that force me out of my comfort zone. Because my comfort zone is sitting on the couch watching GLOW. And that’s not a life.

And besides, we are coming up on another Disney trip. And I can’t let Belle see me like this.

Seeing as I have written about many of these films we are currently going through to build up to our November trip a few times over, I decided to do something a little different. Rather than give a review rehashing everything I have already said, I am going to start doing a Top 5 list of things I love about these movies. Unless of course we come up against a movie I haven’t written about yet. Looking at you, Moana.

The Top 5 things I love about The Lion King (in no particular order):

When my father passed away, this movie hit me differently. Obviously.  And not just as a surface, “oh that’s sad” kind of thing. While Mufasa’s death is a big part of this film, it’s also about Simba’s need to move past it in order to be the person his father always wanted him to be, thus keeping his spirit alive. Losing my father was a crushing moment in my life, but as time has gone on, I have learned to celebrate the man he is by trying to emulate the best parts of him as I raise my own children. And in doing that, he not only lives on in me but he becomes a part of my kids’ lives too.

Which is where this movie is now. Now that I am a father of my own, I love watching this movie with my own kids. And I hope they can carry what I have carried from this movie as their lives march on as well.

The 90’s were great. But seriously, I pretty much immediately bought The Lion King soundtrack right after seeing the movie. The songs are all pretty stellar – Hakuna Matata, I Just Can’t Wait to be King, Can You Feel the Love Tonight, Circle of Life. All of these are legit Disney classics. And you also got Elton John versions. So double score. But my absolute favorite song? Pfft, Be Prepared is THE BEST VILLAIN SONG EVER. Scar is best. That is all. Actually, that’s not all. In fact…

Also Lilo loves the movie. So.

Aw this activity though. WE WENT TO THE ZOO! 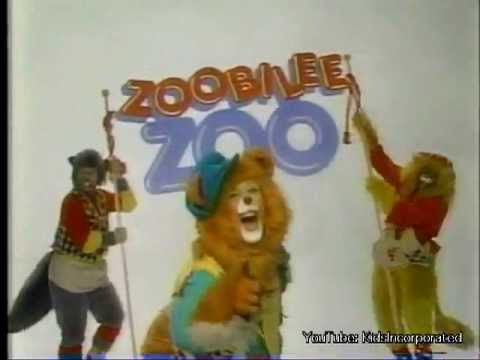 No not Zoobilee. Stone Zoo in Stoneham, MA. Right down the street from our house, Stone Zoo has always sort of been the merp zoo of the Zoo New England family (Franklin Park being the other, more better one.) And while Franklin Park remains the better of the two, Stone Zoo has been putting a lot of money into improvements. We always enjoy visiting there, especially because it’s right down the street and we have a membership.

And there are otters. So.

But yeah, we had a good time seeing all the animals and checking out the new Caribbean Coast section. And a bonus? The flamingos didn’t smell like death. So we got that going for us. Which is nice.

And we also got a glimpse of the new Snow Leopard cubs. Unfortunately, they are still too young to be roaming around the enclosure so we saw them via the “Cub Cam.” And they were insanely cute. I wish I could get this channel at my house.

We have typically based our Lion King nights around steak. Because lions like steak and….OK, fine. It’s because I like steak and I am a big fat steak person and having the meat sweats feels to me like being wrapped in rainbows and puppy unicorns.

Sorry. I’m sorry. This whole diet is really wearing on me.

So yeah, since we are trying to be all healthy and what not, I searched on skinnytaste for African recipes and built the menu around that. So the menu was as follows:

And the naan bread. Yeah, I know. But Sanaa at the Animal Kingdom Lodge (Technically, Kidani Village) serves it. And Animal Kingdom Lodge is like staying in the Lion King. Well, not in the Lion King. Like, not the character or anything. Like, not like wearing the skin of Simba or anything. Pfft. Freak. But yeah, so. I like naan. Whatever. We had Stonefire Original Mini Naan for this one. We baked it in the oven and it was really good. People be like, “was it awful?” and I be like, “Nahhhh…n. Naan.”

And this stuff was a great substitute for a fork. I really hate utensils.

Everything was really good though. From the naan to the entrée to the dessert.  We were not sure what to expect from the Harissa, but it was really tasty and since I made the sauce from scratch, I could control the spice for my less-adventurous housemates (translation: lame fam squad).

I will post recipes for the chicken, corn on the cob, and worms in dirt but the rice was relatively simple. We bought a package of butternut squash rice from Market Basket:

And simply followed the instructions on the back:

Grilled Corn on the Cob – 0 points

Yup, no link here. I make this stuff legit alllllll the time. Yup, corn. On the cob, mind you. Hm? No. You’re super easy.

Preheat grill. I typically set my grill on high to preheat and then drop the temp when I put the corn on.

Husk and clean your corn. Unless it’s already husked. Then maybe take this time to sit back and reflect on the successes and failures of your life up until this point.

To prepare corn for grilling is a three step process:

2 – Either dip buttered corn in a bowl of cold water or run under a light stream in the faucet. I am lazy so I usually go with the light stream

Now that the corn has been prepared, place aluminum foil wrapped cobs on grill. Cook for 30-35 minutes, turning the corn every 10-12 minutes or so to avoid burning.

The nice thing about this corn is that it steams and butters as its cooking. I add a little salt after unwrapping them to mine but honestly, that’s not necessary. The butter flavor definitely stands on its own.

I found this recipe on skinnytaste when I did a search for “African” so. I am obviously a cosmopolitan man of the world.

How to make Harissa:

Like I said, I made this one a bit less spicy so I more probably used like a ½ teaspoon of crushed red. You like-ah the spice?

Very easy to make though. Even skinnytaste only devoted two sentences to making it:

Sauté the garlic in oil until golden and fragrant then combine with the remaining ingredients in a blender and blend until smooth. Serve room temperature. So yeah, easy. Here is what it looked like at the end:

Now for the chicken

Also super easy. Crock pot recipes are like the best. They are always easy. And they made the house smell like heaven. Which was good. As it wiped out smell remnants from the zoo. Win-win.

Season the chicken with the cumin, garlic powder, and salt.

Place chicken in a slow cooker and pour over the Harissa. Cover.

Skinnytaste says to either cook on HIGH for 2 hours or LOW for 4 hours. For the record, I went with the LOW setting/4 hour recommendation and the chicken was literally falling apart when I took it out.

Remove chicken from the slow cooker and shred with two forks.

After shredding, I put the chicken back in and mixed with the remaining Harissa in the crock pot and let it warm for a little bit (like I do with pulled pork).

Eh, I guess this isn’t really all that much of a recipe but I was still excited to have gummy worms, Oreos, and pudding and…hrm, I just spoiled the whole recipe.

For the gummy worms, I used Black Forest Organic gummy worms. I don’t know if they are widely available or what, but they are 2 points per ¼ serving, which equals to 2 points for 2 worms. I did see they are available at Walmart so they can always be ordered.