OK so first let me apologize for not writing in a while. Work and the holidays have conspired against me. And you. And they have also made it so that once Christmas is past us, we are going to have to go all out on this list in order to try and still hit 40 by April. 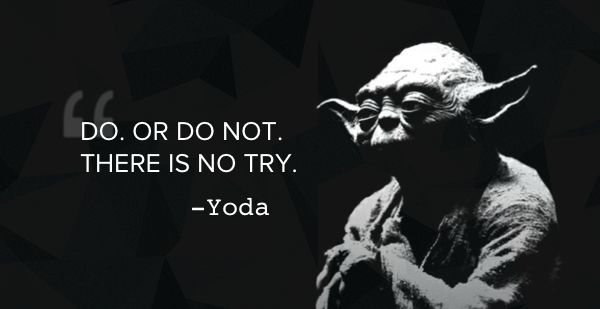 So in that spirit, we decided to do a double feature this weekend. And since it obviously is Star Wars week thanks to JJ Abrams, we wanted to make sure we got both Empire Strikes Back and Return of the Jedi in before the super duper exciting premiere of The Force Awakens. We already have tickets for both the 7PM Thursday showing AND a showing on Christmas Day. Yeh, we’re obsessed. Whatevz.

Also, with this one being a double feature it puts us exactly at the halfway mark on this noble quest (since we also did a double feature for the Muppets). So I don’t know. That’s exciting?

We decided to do something a little different for this one. Rather than being a traditional Disney “night,” we did a breakfast for this one. We did it on Sunday morning and had Star Wars pancakes (TIE Fighters, X-Wings and Millenium Falcons), “Sith”-ages (sausages), Hoth chocolate…and erm…Jawa (java…coffee…yeah stretching that one.)

And in the middle of the two movies, we made some R2D2 cookies, courtesy of our friends Layne, Carlos, Ashby and Vidya. Thanks guys!

There was really no activity for this one.  Though we did have some Star Wars guys set up all over the house which prompted Owen to play with them during the movie. Which prompted me to get annoyed and harrumph-y.

These two movies are two that are integral to the Star Wars canon for me. Return of the Jedi is the only of the original trilogy I saw in the theaters when it was first released and Empire Strikes Back is one of my desert island movies. You know…those movies you would choose if you were stuck on a desert island. Empire (along with Jaws, Almost Famous, Goodfellas and It’s a Wonderful Life) is literally a movie I would choose to watch for the rest of my life. I know it’s not a completely original idea that the original trilogy outshines the prequels…and one of the reasons is the storytelling on display. It’s so well done. Beyond the effects (that were ahead of its time for sure) and beyond what it did to advance filmmaking in general (not to mention film-based merchandising), the original Star Wars trilogy gave us stories and characters that have endured.

And Empire Strikes Back, in my opinion, relies more heavily on story than any of the other Star Wars films. We get action for sure, but even Myles mentioned the relative lack of light sabers and blasters compared to the others. I am not sure if that’s actually true but the story takes center stage in this one –our heroes are split for much of the movie which allows for A LOT to happen. Luke and R2D2 head to Dagobah for Jedi training with Grover erm Yoda. And Han, Leia, Chewy and C3PO make a series of moves to outrun the Empire and Boba Fett, ending up in Cloud City where we meet the awesomely mustached Lando. And this all culminates in a series of bummers for all of them. Betrayal. Carbonite. Severed hands. Deadbeat dads. Tons of DANG. And all so frakkin good. Plus, Hoth is obviously the best planet. Wampa? More like Whoa-mpa. Amirite?

And then that brings us to Jedi. As I said, when I was young this was one I saw in theaters. And it kind of ruled my world. Little Wayne thoroughly enjoyed playing with his Jabba playset AND wearing his Return of the Jedi trucker hat. Sorry ladies, I’m taken. But years have passed and people have some problems with Jedi these days. Yes there is a lot of Ewok and yes, Boba Fett died in a pretty un-badass way (or did he? Ooooh, mystery.) But I don’t know. Jedi has a lot that is really good about it. We get our last minutes with Yoda. The whole now-it’s-super-awkward brother/sister thing. Our first bit of quality time with Emperor Palpatine. The gold bikini. Jabba the Hutt’s whole galactic Vito Corleone thing. And of course, that ending. Starts with a legitimately awesome light saber duel and ends with Darth Vader’s fatal redemption.  Well, it actually ends with that awesome “Yub Nub” song. And I don’t know. I don’t hate the Ewoks. Actually…psst….a secret….come closer…I dressed as an Ewok one Halloween when I was a kid. AND I was wicked into the Ewoks Saturday morning cartoon. Oh, sorry. I’m a nerd. Was that not clear?

Aside from just simply being in love with these movies, these were movies I could not wait to share with my boys. I remember these as such a big part of my childhood and I have so enjoyed sharing this with my children. It’s something special when you can relive things you found so amazing when you were young through the wonder of your own children. Watching Myles and Owen experience these films and see these moments for the first time feels like watching them for the first time all over again. These movies were not only sources of great entertainment for me growing up, but they are a part of me today. I own many pairs of Star Wars pajamas. There are pictures of Han Solo and Boba Fett hanging in my living room. I participate in semi-annual Star Wars movie marathon drinking games. And I wear a pair of Star Wars Vans pretty much every day. These movies and the subculture they have inspired have enabled me to hold on dearly to an integral part of my childhood and, in essence, the wonder that goes along with it. I feel like I am doing my boys a service by making them a part of this. Exposing them to these original films and embracing what JJ Abrams is hopefully giving us in a few days will hopefully give them something they can hold onto even as the pressures and stresses of life threaten to snuff out those childish notions. I am glad these movies exist.