Hey everyone. So sorry I missed the post yesterday but hopefully it will become clear why by the end. And if not? Well, I guess there is no pleasing you.

So to recap. At this point, we have Me, Nickie, Myles, Owen, Matt, Laura, Will, Jack, Steph, Mikey, Tony, Larissa, Mia, Jeff, Sheila, Shannon, Evin, John, Kelly and Connor. Here. Now. So yeah…20 people. And yes, it’s pretty awesome. In case you were wondering.

First stop was breakfast. Us, my Mom, the Nerdlers, the Falzones and the Pittmans haz’d b-fast at O’hana with Stitch, Lilo, Pluto and Mickey. Mia was so excited to meet Mickey but she did get a little shy when he actually came around….she LOVED Pluto though and has since really warmed up to the characters. Wait until you see today’s pics! But let’s not get ahead of ourselves.

After lunch, Nickie and my mom went over to the Wilderness Lodge to get her all checked in while we settled up the bill and headed over to the Magic Kingdom. The bill took a tad longer than I had hoped and we missed the rope drop ceremony. But all of us booked it over to Splash and walked right on.

We had trouble coordinating a bit so some of us rode Peter Pan at one time while some others rode it at a different time.

While some of us were on Peter Pan, Nickie, my mom and the Falzones rode Small World. Then we all met up, did Mickey’s Philharmagic and Dumbo. Then we split up again with some of us doing Seven Dwarfs and Big Thunder and others doing Little Mermaid and Aladdin’s Magic Carpets. Lots of coordinating with this many people. 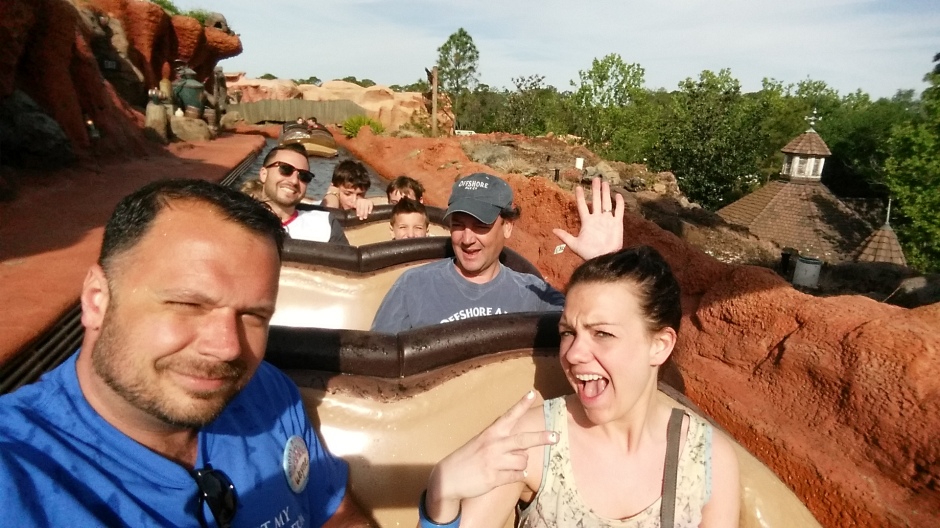 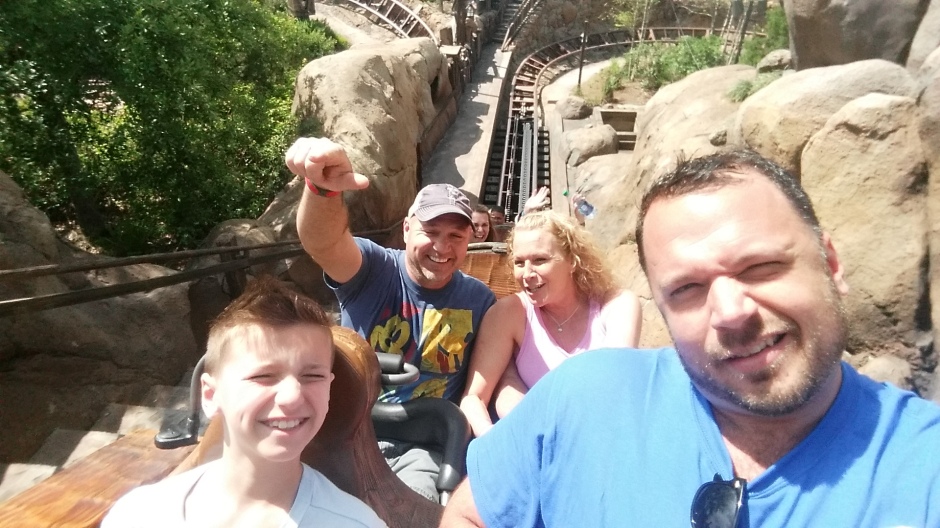 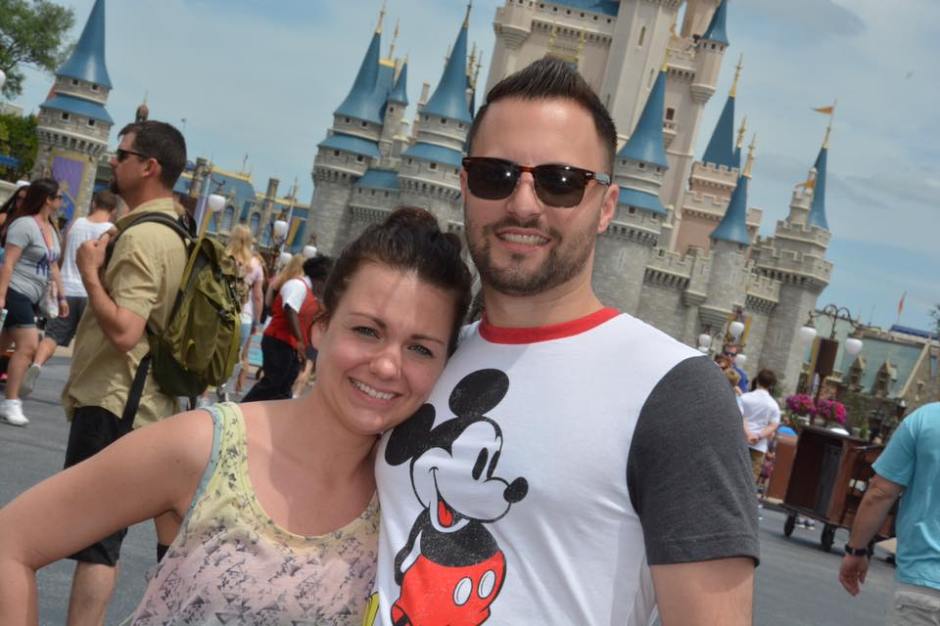 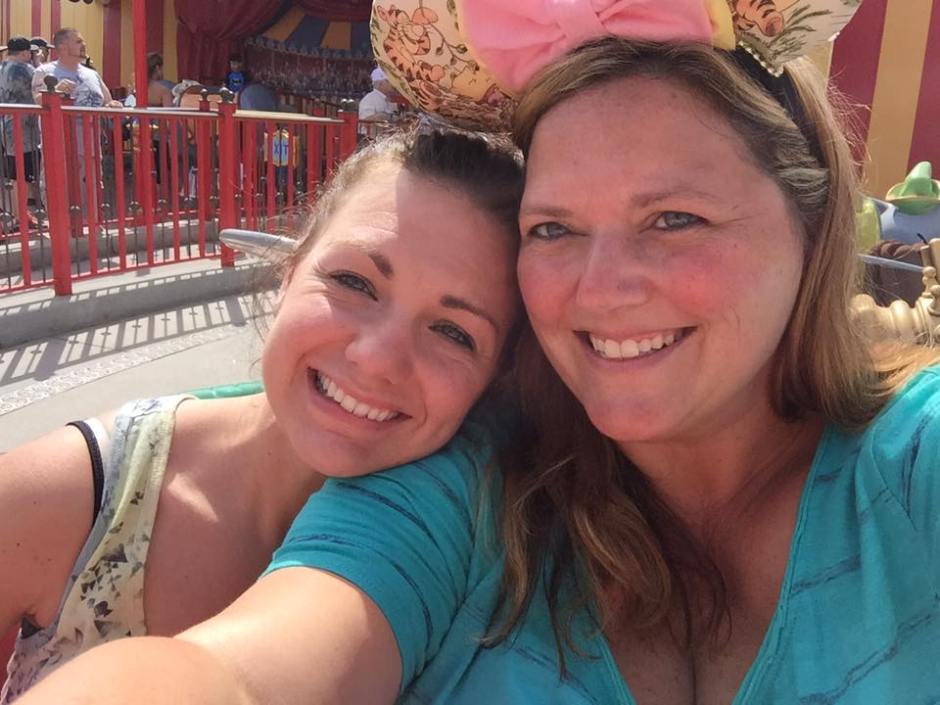 After that morning awesomeness at MK, we took a nice walk (since we hadn’t walked enough already) over to the Magic Kingdom and had lunch at Chef Mickey’s. Well, brunch I guess. Pancakes AND ribs. Why is that not a combo like all the time? Not to mention we had lunch wiff Mickey, Minnie, Donald, Goofy and Pluto. Tough to beat that, ya know.

After lunch, we then had to get back and start getting ready for our photo shoot. Nickie had arranged a professional photographer to take our pictures on the beach. All of us and individual families. Yes, I know. I am pretty much the luckiest to have her. We got a TON of pics, but I am just gonna post this one for now…

We also took a bunch of our own pics since we were all dressed up…and they were also nicetown. 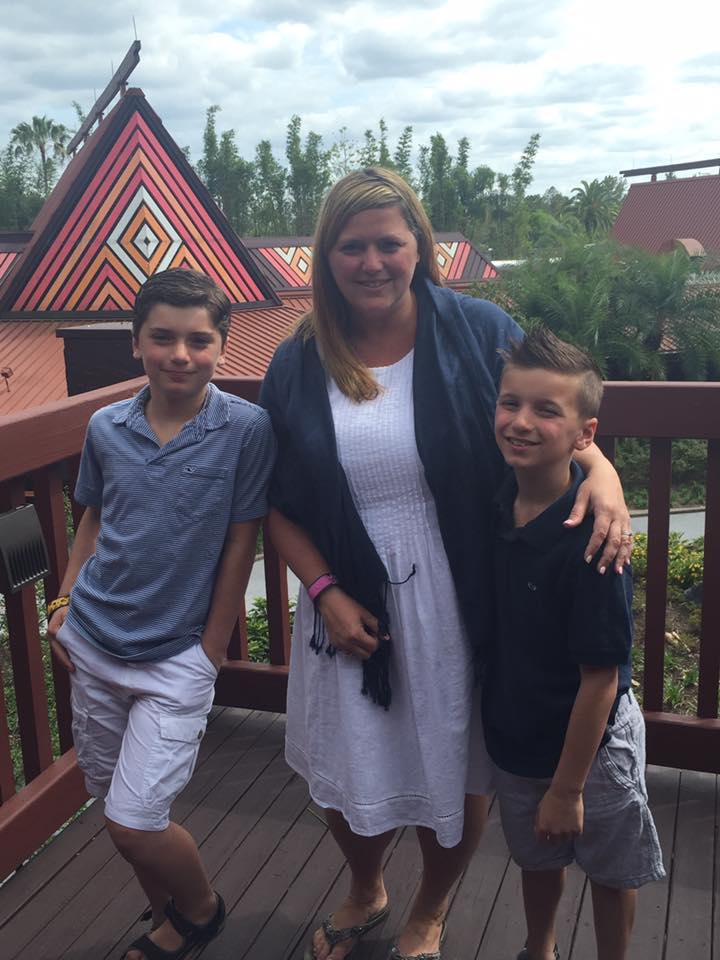 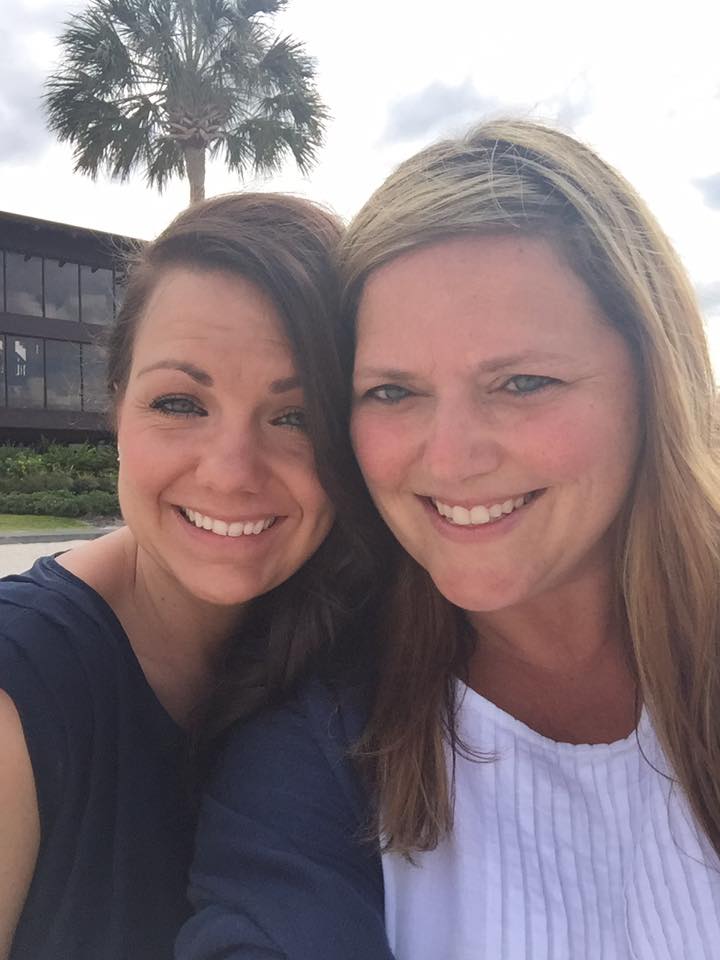 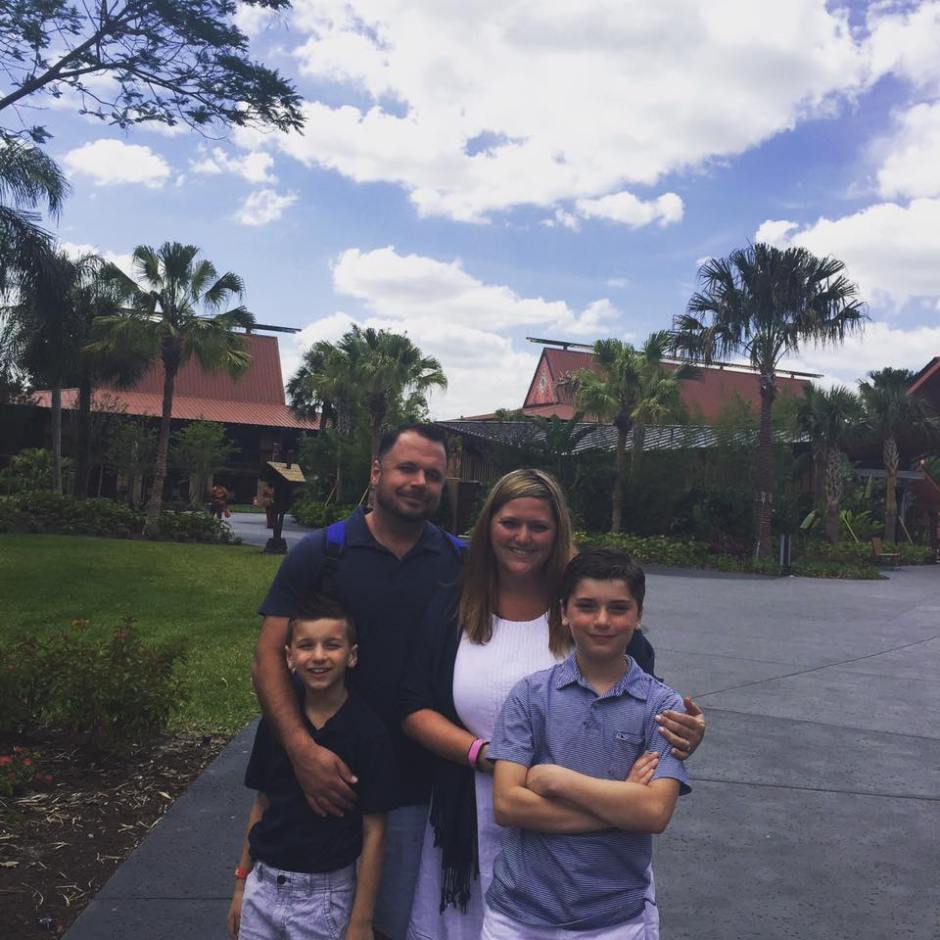 OK, now that we are caught up…after the photo shoot, it was time for Hoop De Doo. Ugh we love this. And being able to see it with Nickie and the boys AND my mom, Steph, Mikey, Jeff, Sheila, Shannon, Matt, Laura, Will, Jack, Tony, Larissa and Mia? It was so awesome. Mia danced the whole time…..cutest. thing. Ever.  I didn’t get any pics inside, but we did take this one beforehand. 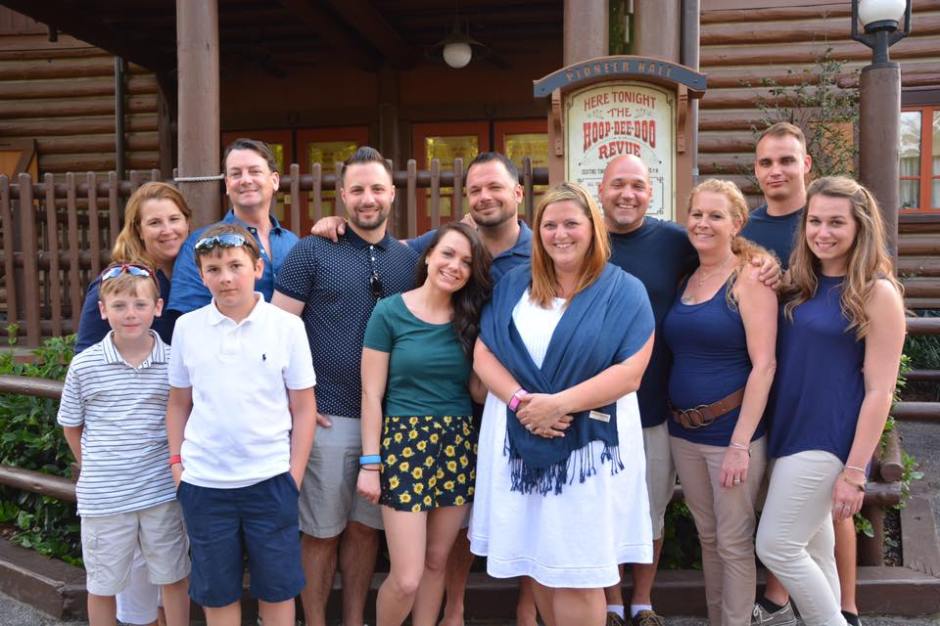 And then…it was back to MK. The park was open until 1:00 AM. We went in with high ambitions but we didn’t quite make it. By the end, it was Us and the boys, Steph, Mikey, Jeff and Evin. But we rode Haunted Mansion, Winnie-the-Pooh, the PeopleMover (during Wishes….super fun), Buzz Lightyear and the Astro Orbiter. We had planned on hitting Pirates before leaving but we were blocked at every turn by the Electrical Light Parade. WOMP. We left around 11:00 PM and Jeff, Evin and Myles got ice cream before leaving. 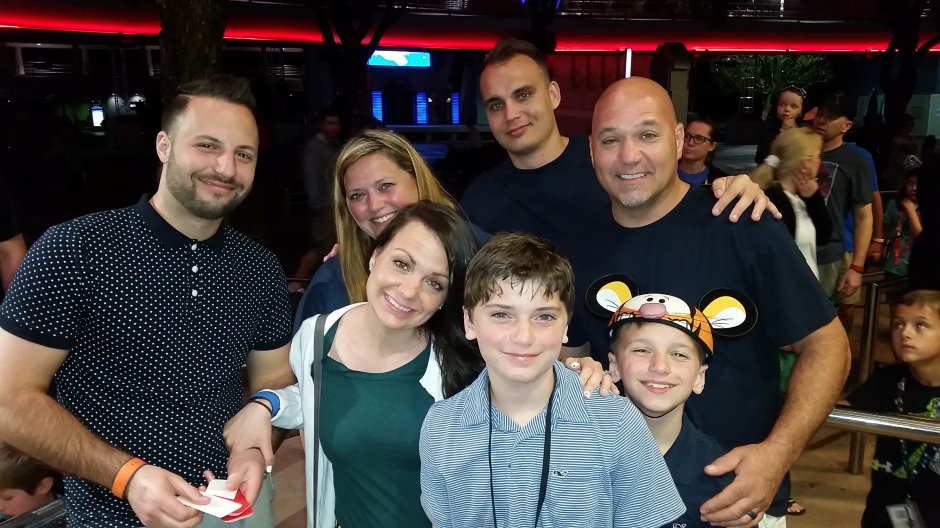 OK…phew…got it out. Unforch we are now a day behind and have another late night tonight. So I am now gonna write about today tomorrow….and it’s drinking around the world day. So should be muy interesante.