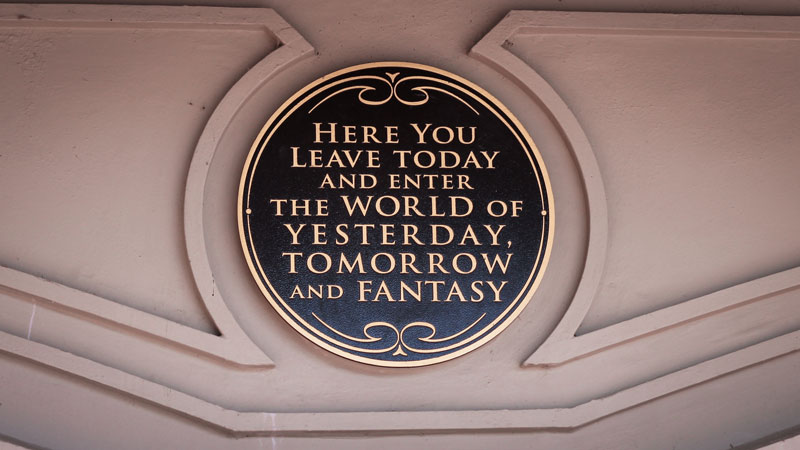 OK so if you recall from my last Top 5 here, I mentioned how difficult I thought it would be to do a Top 5 attractions at Magic Kingdom Top 5. So I totally just abandoned it in favor of alcohol. Story of my life, right?

But sitting here with a 40 of PBR in my hand, I feel a surge of courage and being and have decided to jump right in and do it. SO I am going to give it a go. So here they come…..the top 5 Magic Kingdom attractions.

Wait…does that make it better? Or worse?

But yeah, this time I am writing it BECAUSE of the alcohol.  When before it was the alcohol that was KEEPING ME from writing about the Magic Kingdom. Circle of life 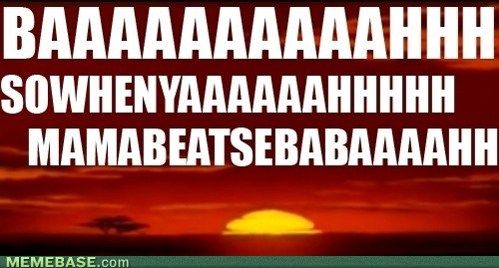 Merp, let’s just get on with it. Again, as I have stated with my other Top 5’s, these are in no particular order.

Oh and I reserve the right to cheat. So I am going to do that. With my first one.

Yep. I figured I would get my cheat in right off the bat. But I did this FOR YOU. I could have and would have made Space Mountain, Splash Mountain and Big Thunder Mountain all separate choices but I just felt like that would have been unfair to me. And you. And Disney. And society.

So yeah I love all three of these rides. And I have a hard time deciding which is my favorite out of the three. It really depends on the day. Whenever I walk off any of them, I always walk off thinking, “Man I love that ride.”

Space Mountain gets me in so many places. Despite a top speed of only 28 mph, I still yell and laugh as much as I do on the faster coasters. The dark effect and constant twists and turns still work to create a pretty thrilling ride. Not to mention the combination of sitting one to a row AND being in complete darkness makes the first ride you take with your child super scary. Both Myles and Owen had to ride this ride the first time with me sitting in back of them with a hand on their shoulder legit the entire time. I know. Sometimes I care TOO MUCH.

But beyond that, I LOVE the feel of this ride. As soon as you step into the queue, it has that quintessential Tomorrowland look to it. That “retro futuristic” look that I love so much about Tomorrowland (and EPCOT for that matter). I love the whole nostalgic for the future thing I get in certain places in Disney.  One foot in the past, one foot in the present and all that noise.

Big Thunder, meanwhile, gives me a whole different experience but still has elements that are quintessential Disney. While Space Mountain has the “retro futuristic” thing down (which I LOVE), Big Thunder themes itself more in the past. And I mean, that duality is totez Disney, no? I referenced it above, but to be specific Marty Sklar once said of Walt Disney that he “had one foot in the past, because he loved nostalgia, and one foot in the future, because he loved new technology.” And also I mean Big Thunder is super fun. I love it so so much. It’s also the wildest ride in the wildnerness. The more you know.

And Splash, for a long time, was like my favorite ride at Walt Disney World. First off, it’s a water ride (which…love). Secondly, it has a hella-big drop. And Thirdly, I mean. Animatronics up the briar patch. And it’s super long too….so, lurve it. Also there was this one time when Nickie rode it and kept yelling for the cast members to let her off. If only I had a memory maker when THAT ride pic was taken. Instead I have this…

There is no possible way one can love Disney and NOT love this ride. For serious. To be fair, I love me some dark rides. And rides that fly. And Peter Pan. And scantily clad fairies and mermaids. So…PETER PAN FTW.

But seriously, this ride is probably THE ride that makes me feel like I am Disney the most. It’s not the most technologically advanced. Or the most thrilling. But I mean it’s just DISNEY. It’s so simple and has the best music. And ugh. Love.

This has very often been the last ride we ride at Disney on like every trip. And, honestly, it’s also often our first ride at the Magic Kingdom. On account of pixie dust.

Pirates of the Caribbean

This is another of the “classic” rides. If by classic, you mean updated to include Johnny Depp and the dude from Deadwood that swears all the time. I know…that really narrows it down.

But as I mentioned above, I love water rides. A dark boat ride is like super awesome. It’s why I love Living With the Land (despite it being so educational) and Maelstrom (despite it not existing anymore) as well.

And not only does Pirates have water and animatronics, but it also is super inappropriate. Everyone is super drunk and robbing and pillaging and what not. I mean, they are literally selling a woman at one point. Where else you gonna find THAT at Disney?

Why do I love this ride so much? It’s literally just a big commercial for Tomorrowland. 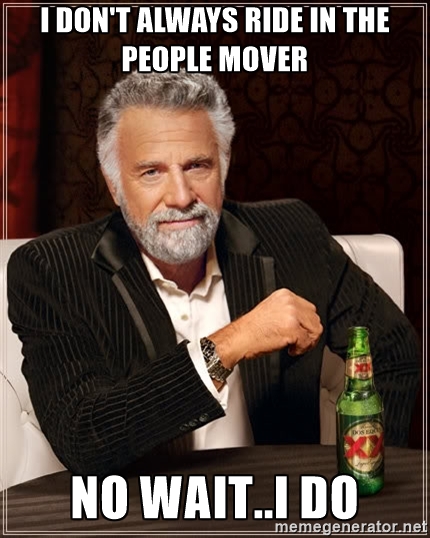 A doy. Of course this is on there. It’s dark. It’s spooky. It’s silly. Ugh, I LOVE this ride so much. I have a hitchhiking ghost on my car’s antenna AND when I was a kid I totez had a Haunted Mansion book and record thingy that I still wish I had.

It’s such a great ride as it has those little elements of spooky but not too much so it is still something I can do with my kids. Oh Haunted Mansion, I love you so.