Apologies for not posting as regularly these days. Without a Disney trip in the imminent future, there wasn’t much driving me to write. I am going to try my best though to keep up with regular posts. If anybody reading has any ideas for content they would like to see, please send it my way. If not, I will just continue writing about cocktails and steaks.

But while there is not a Disney trip IMMINENT (translate: this year), we do have some Disney coming up next year and a couple fun things to plan in the meantime. I added another category on the site called “Beyond Disney” which will house everything I talk about that you probably won’t care about – basically anything non-Disney and I assume it will cover mainly other non-Disney vacations. We live in a time when everyone thinks they have something interesting to say and they put it out there for the world to see so I plan on taking full advantage of this trend. Join me, won’t you?

We often try to get a week on the Cape when we can during the summer. We have alternated some years between the Cape and Maine but while I love Maine, there is just something about being on the Cape in the summer.

So this August, we are going back to renting a house we haven’t rented in a few years in Dennisport. We will be there for a week and have some visitors throughout. We will most likely do a good deal of traditional “Cape shizz” – bumper boats, go-karts, the drive-in, LOTS of fried seafood, et cetera et cetera. And of course we will try to get in as much beach time as we can.

Potential Disney connection – I am SURE we will do at least one Disney night on the Cape. So there is that.

Yeah, Italy. Let that one sink in.

The four of us have NEVER been out of the country together and Nickie and I’s international travel has basically been limited to Canada and the Caribbean. So, this is HUGE for us. Nickie has to go for work but the three of us are tagging along. We go in October for a week. We will be spending a weekend in Florence and then heading down to Rome for the week. 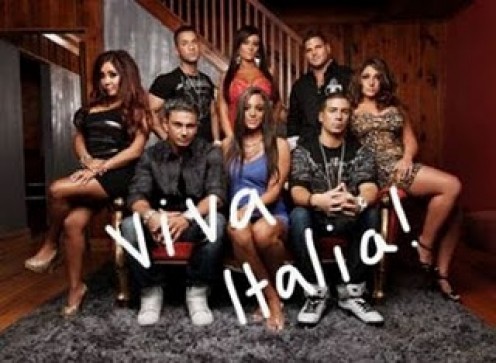 We have a tour booked already from Florence and the boys and I plan to take advantage of the hop-on/hop-off bus while there to see the sites. We will also be sitting in on a mass with the Pope I think. And this Pope? He’s a pretty dope Pope. So.

Also, gelato. And pizza. And gypsies.

OK, now we have finally come to the Disney portion of our post. Well, sort of.

In summer of 2017, we are planning a cross-country road trip. We will be taking a little over two weeks and driving from Boston to LA, stopping at some pretty amazing places along the way. Nickie and I made a similar trip (though it was 3 weeks…) for our honeymoon and we have always wanted the kids to experience it too.

The plan has morphed a few times already, so don’t consider this final or anything but we are planning on hitting the following stops:

And then we hit California, where we will visit both Universal and Disneyland resort as well as get some time soaking up those west coast rays, brah. Now, like I said, this plan has morphed. San Diego Zoo was once there. And Las Vegas. And Cleveland for some reason. But this is probably a pretty good outline of what’s to come.

We have never been to Disneyland so we are obvs squad excited for the end destination but the journey is the big attraction here. We are renting a car and flying home so as to maximize our time on the road within the span of a little over two weeks. Most of the trip after Chicago will be driving on Route 66 through to Santa Monica.

This will most likely be me once we reach Disneyland.

We have already begun planning this trip pretty hardcore and should be booking some pieces in the next few months hopefully. But this is a big one for us for sure. We are outlining a movie schedule to get us ready for the trip. This movie/night plan consists of Disney movies that take place in America, non-Disney road trip movies AND Owen’s top 10 Disney movies as this is to celebrate his tenth birthday. Bananas.

And then, of course, we are going to Walt Disney World next year. I mean, doy.

We are planning on going over Thanksgiving to celebrate the holiday, celebrate Nickie’s birthday and kick off our Christmas season. The plan as it stands right now is to do Animal Kingdom Lodge. Not 100%, but it’s looking that way. We are trying to make this trip a tad more economical because of all the travelling prior while still making it an awesome trip. So AKL seems the right choice (we were at one point considering Fort Wilderness so…)

We are still considering some pretty awesome things on this trip but I will save that for when we have it all booked.

So yeah, lots going on. Just not sure what I am going to chronicle here just yet. Would love any thoughts, but I don’t want to post anything that people might not find interesting. Plus there is the whole “this is a Disney blog” thing I have to contend with. We shall see.