As I am sitting down to write this post, I’m a little overwhelmed. I mean, we did a TON today. But let’s just get into it and hopefully I get it finished before we have to leave in the morning.

I don’t even know if I’ll have time to post any funny memes or gifs. 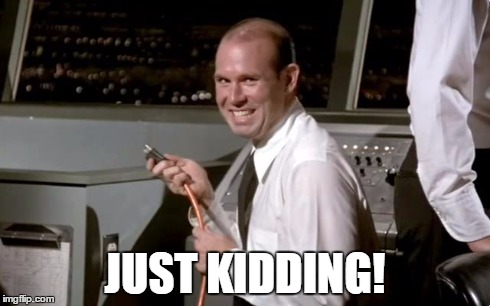 Today we woke up at our hotel in Chicago and headed right out to breakfast. And this breakfast was one we were looking forward to for sure – Lou Mitchell’s!! For those that don’t know, this place is a Route 66 institution. Located pretty much right at the beginning of Route 66, Lou Mitchell’s has provided full bellies too many a traveler setting off on their route 66 adventure. 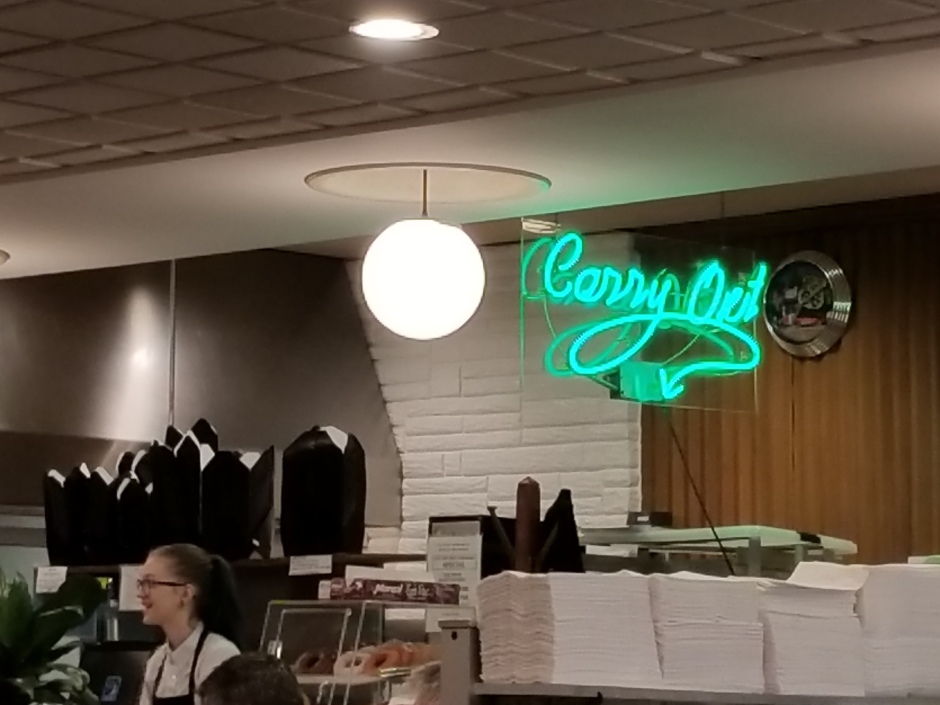 Man was this place amazetown. We ate ALL the food. First of all, when you walk in, they typically greet you with warm doughnuts holes and milk duds for the women and children. However, when we showed up, we realized we parked in a no parking zone so I had to move the car and everything was all flustery. So I think both the duds and holes were forgotten.

HOWEVER. We did ask our waitress if they still did this and she was shocked we received neither did nor hole. So she remedied this but giving us a whole box of holes and a bag full of little boxes of milk duds. And since milk duds are bomb, this is good. Squeaky wheel, eh?

But back to the meal. Nickie got an omelette, home fries and a grilled English muffin.

Myles got the chicken and waffles. As per usual.

And Owen got a Belgian waffle.

Then to commemorate the beginning of our trip down the mother road, we made it over to the “Route 66 Begins” sign. Now to be honest there was a Route 66 sign at Lou Mitchell’s…

…but we wanted a sign for historic Route 66 so we had to actually drive a few blocks over and park illegally. Totally worth it.

Then we drove about an hour down the route to Wilmington IL to see this dude. 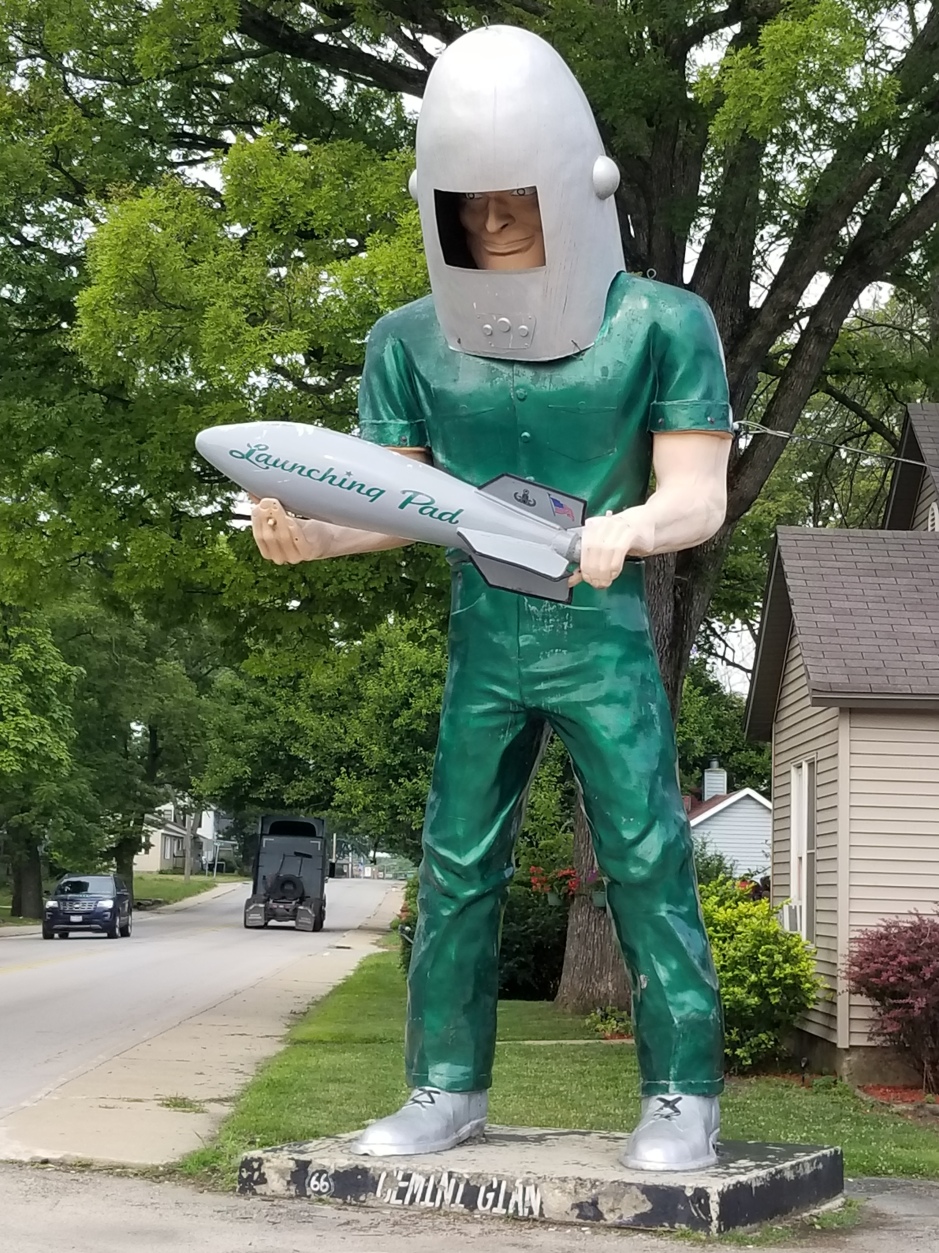 Yeah the Gemini Giant. This was slated as our first official Route 66 roadside attraction. He’s one of the many Muffler Men along old Route 66 and man have we been waiting a while to meet him. He was pretty shy. For a giant.

After visiting with our large spacey friend, we hit the road again and drove for a while on some real route 66 stretches but we also had to hit I-55 for some time as well to be able to see all we needed to see.

We did however stop off on Route 66 to see this… 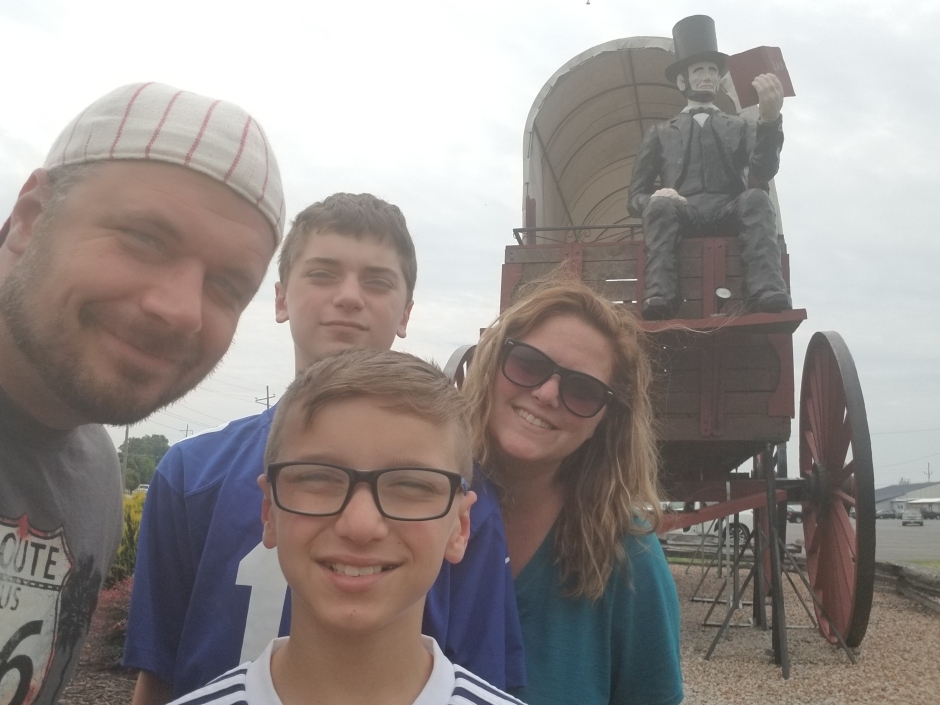 We made our way down to Springfield, IL and we were feeling a bit peckish so we decided to pull over at the Cozy Drive-In. Now this place is rather important as it was the birthplace of the corn dog. It was also owned by the father of Bob Waldmyre, who was a Route 66 icon.

We then drove over to the Oak Ridge Cemetary to see something I really wanted to see – Lincoln’s Tomb.

Oh and we bought this bad boy.

Lincoln was kind of the man so… 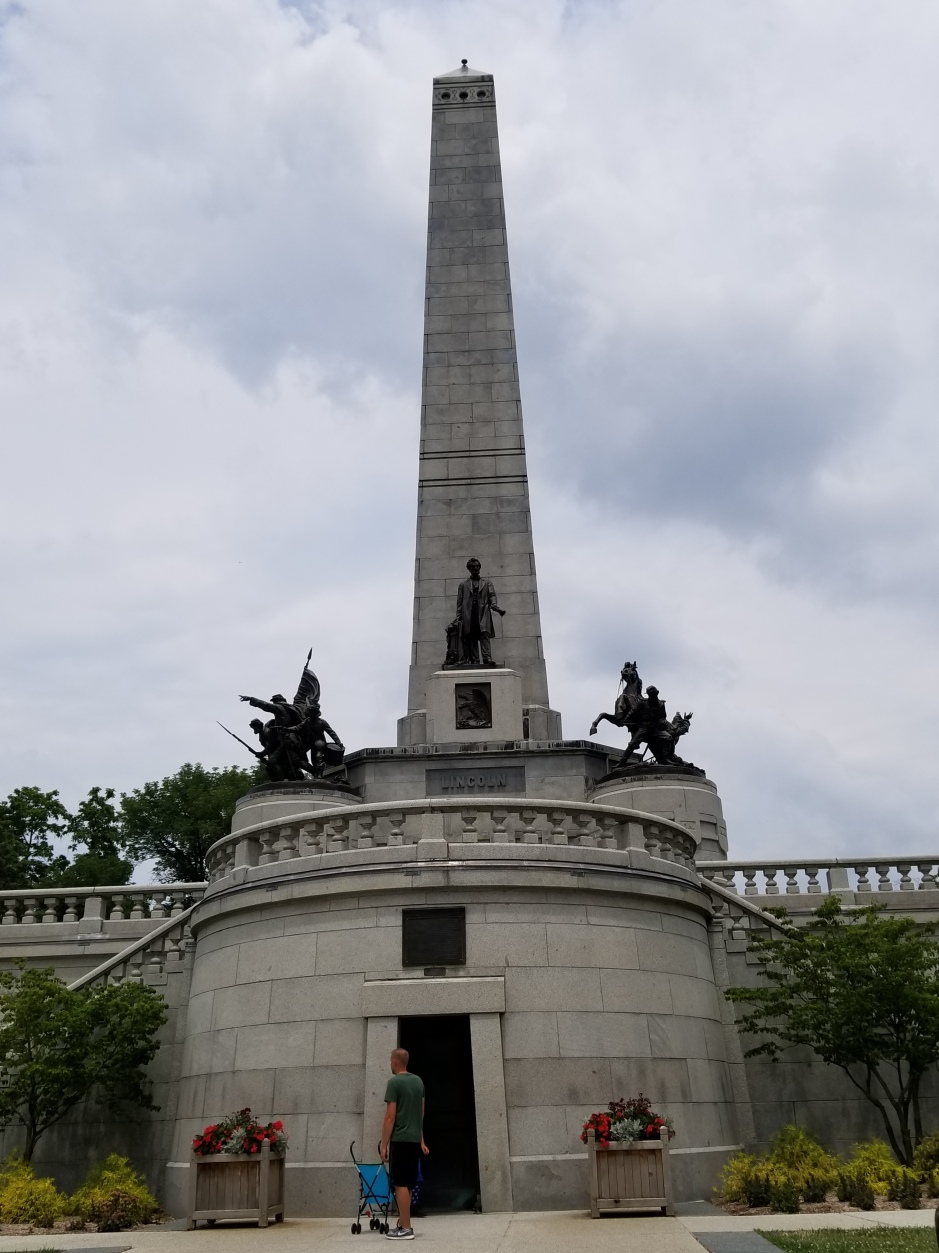 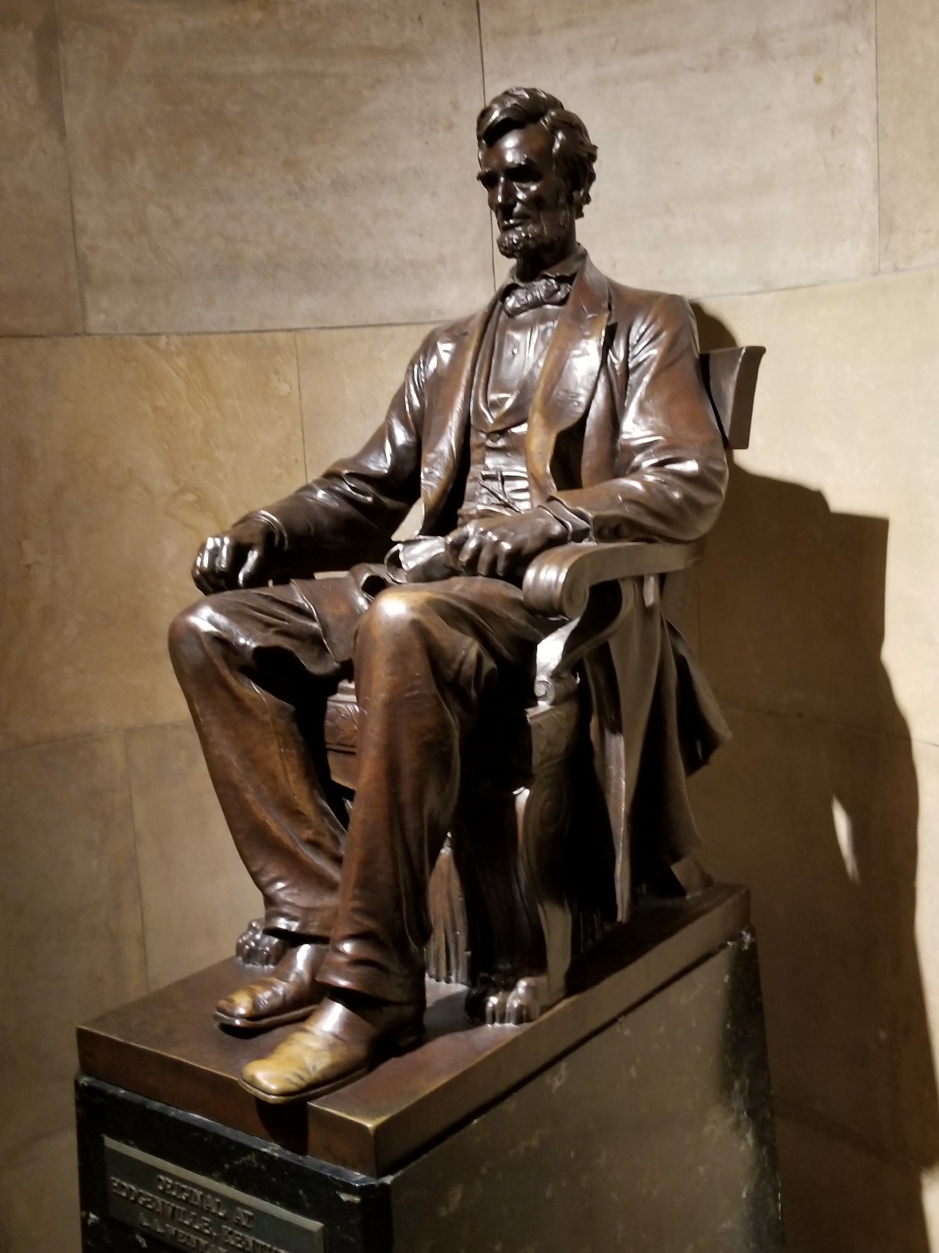 And we all touched Abe’s nose for good luck. Figured we might need it as we head into uncharted territory.

Now the plan was to hit Henry’s Rabbit Ranch in Staunton, IL but we really had to get to St Louis to meet up with our friend Kayce and her daughter Bella to go to the top of the Arch.

Now the plan was to go to the top of the Arch but it turns out there weren’t any available tickets until 6pm so we were thinking we could do the Anheuser Busch tour.

Now the plan was to do the Anheuser Busch tour but they weren’t doing tours. So we made a plan to go to the st Louis zoo.

Now the plan was to go to the zoo. And that’s what we did. But before we got there we picked up some White Castle obvs.

Then we got to this zoo. it was awesome. And it was free. Which is like one of my favorite things 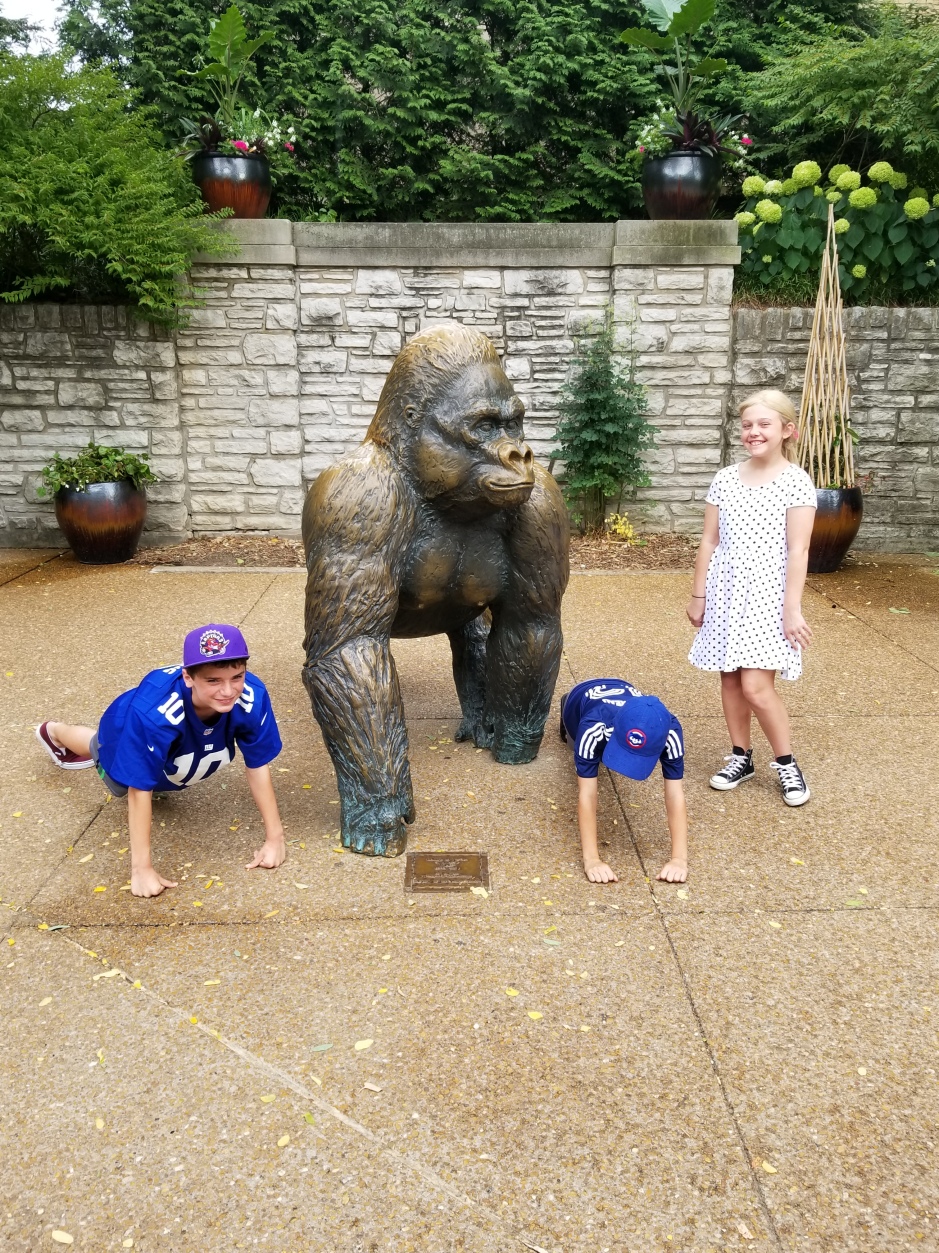 But there were so many animals to see here. 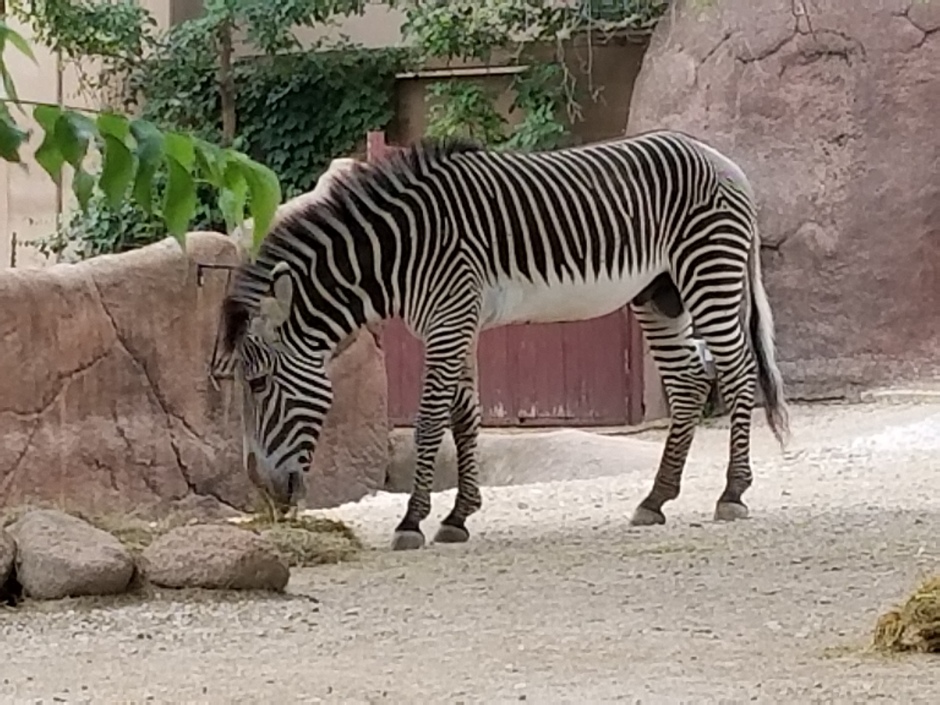 After the zoo, we drove down back onto Route 66 and went to the famous Ted Drewes with Kayce and Bella for some frozen custard.

Then we said goodbye to Kayce and Bella. Again, such good times with our friends across the country. We are sort of on our own for a while now so it’s been awesome to have others to share in our adventure.

We had about an hour until we got to our hotel so we listened to some Muppets Pandora and rolled into Cuba, MO. 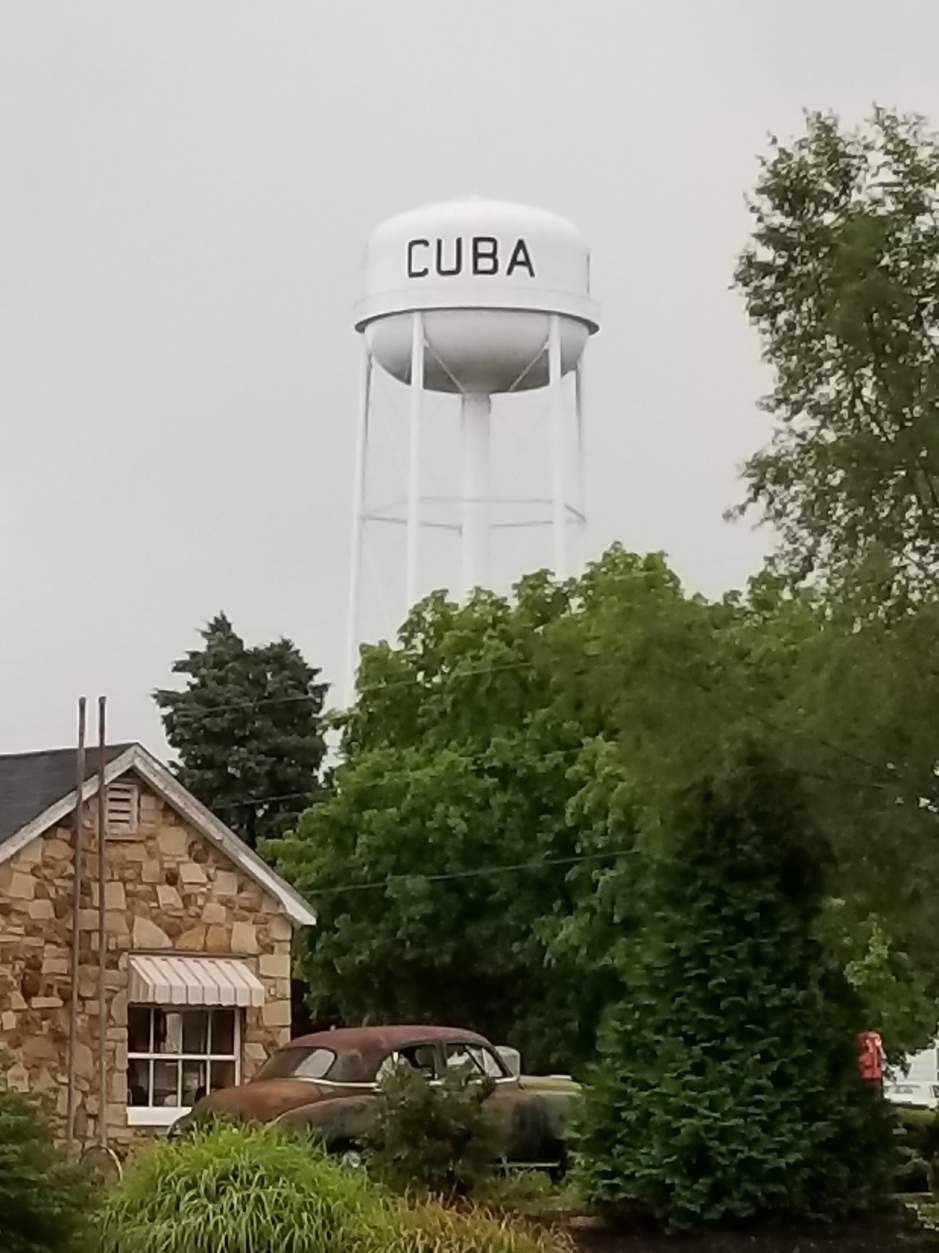 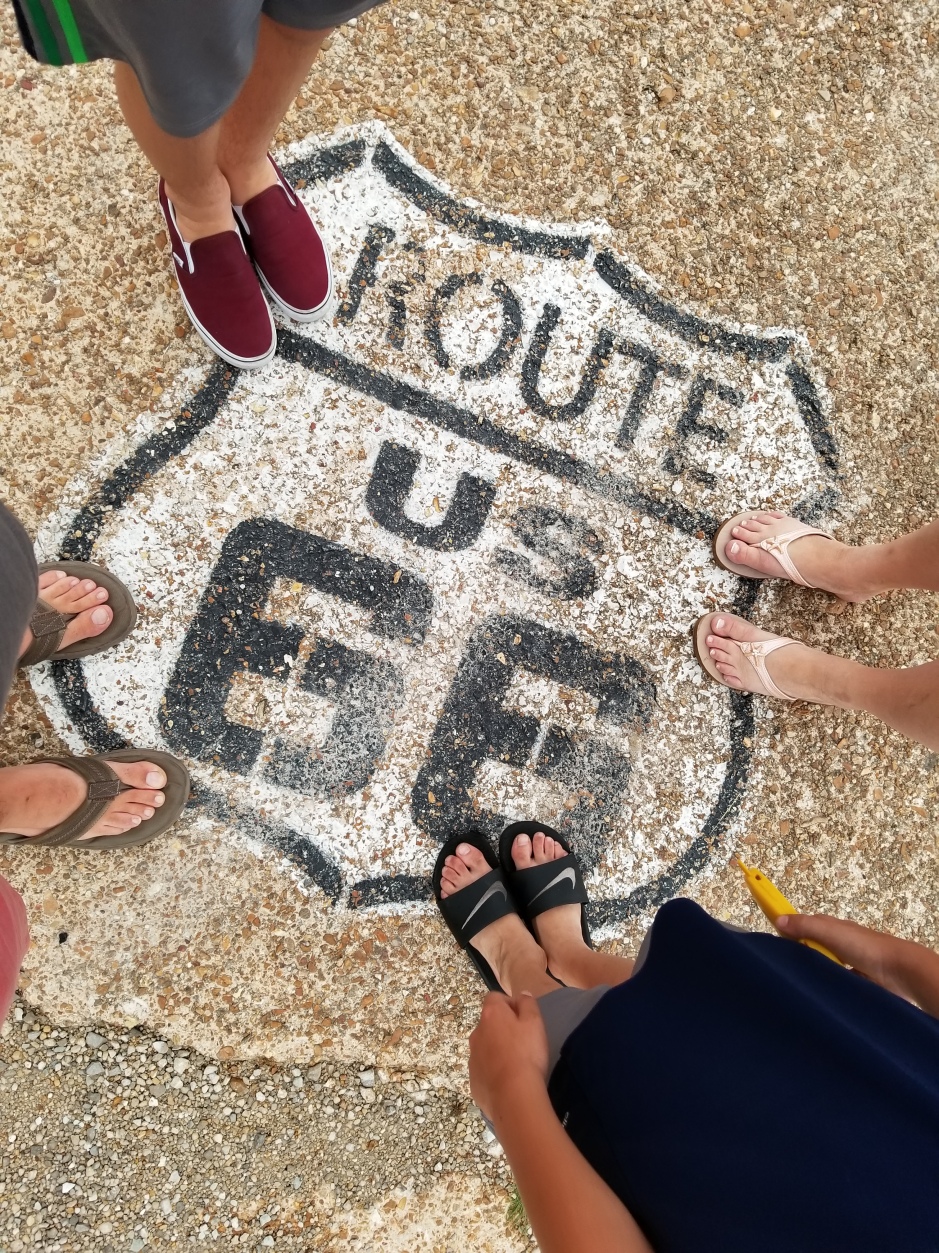 And we checked into the Wagon Wheel!!! This place is the oldest continuously running motel on Route 66. And it’s also the inspiration  for the Wheel Well motel in Cars. Ah. May. Zing. Here are some pics from the outside and the lobby… 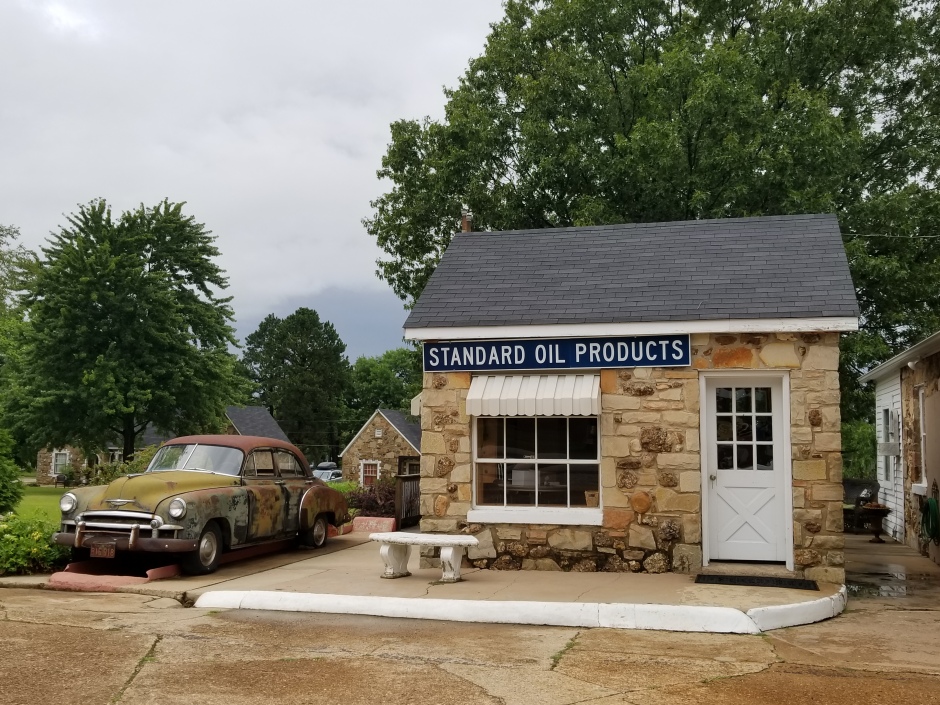 And some of the room… 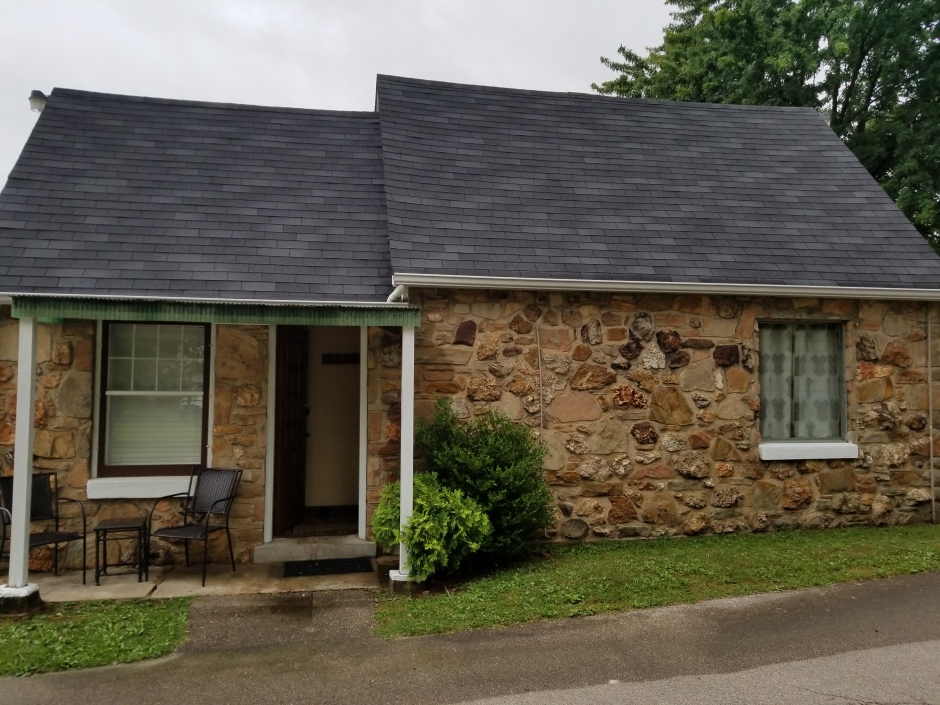 And we took some pictures at night because neon. 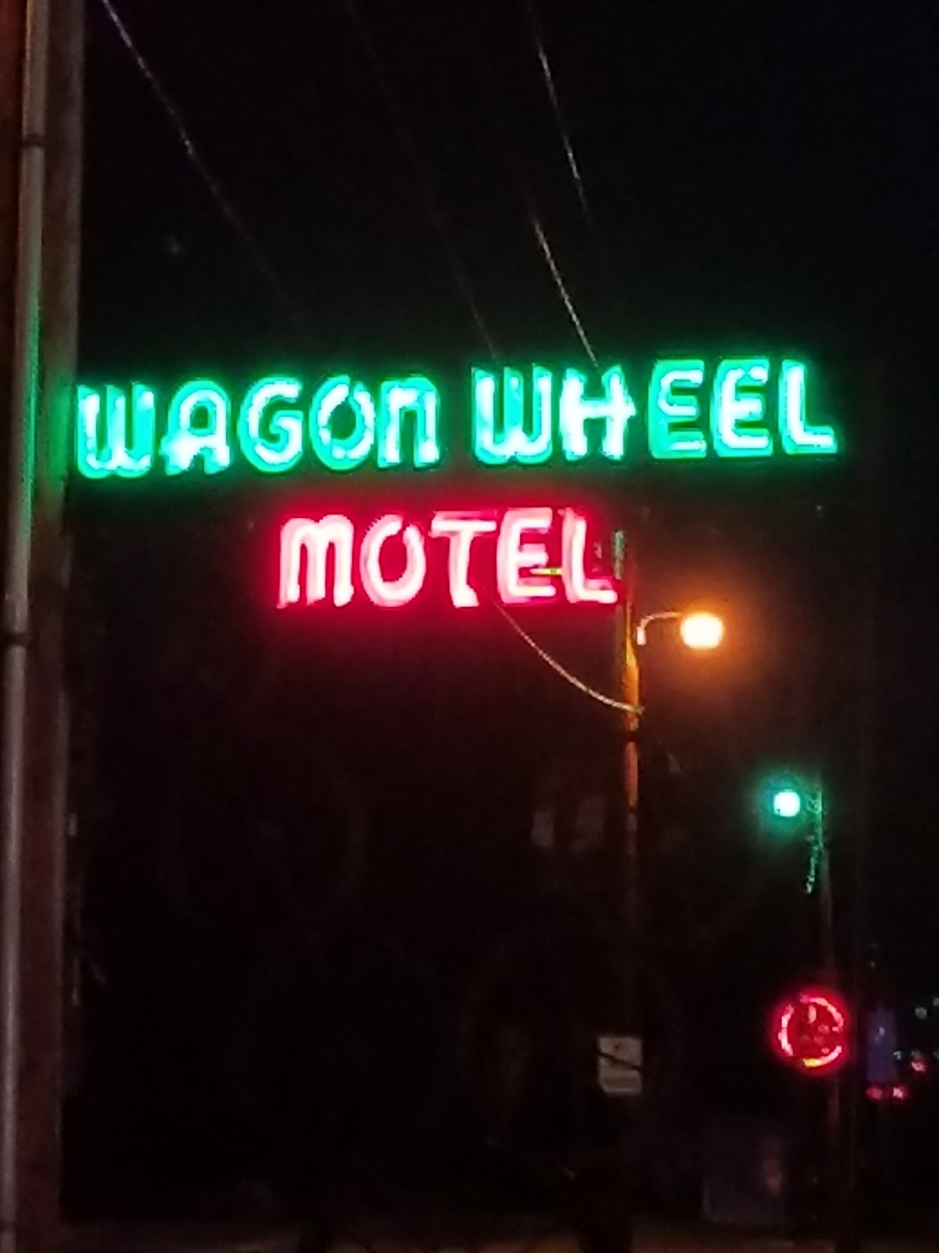 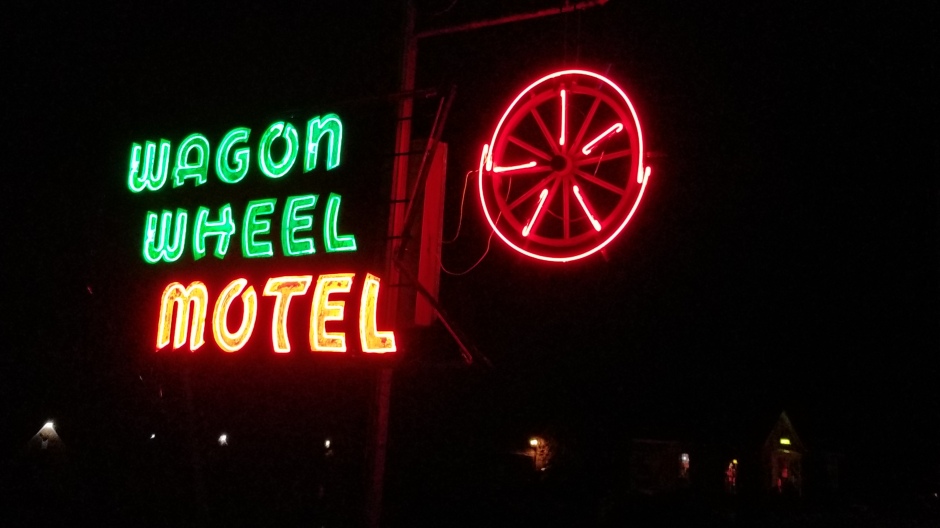 Then it was dinner time. And we walked right over. Literally next door. To a dinner we have been waiting for at. We have been reading a ton of awesome reviews for this place. And it for sure lived up to the hype

The boys split a slab of ribs.

And Nickie and I split the sampler – brisket, ribs and pulled chicken with Mac and cheese and vinegar Cole slaw on the side.

Annnnnnd they have their own beer. I seriously didn’t wanna leave this place. 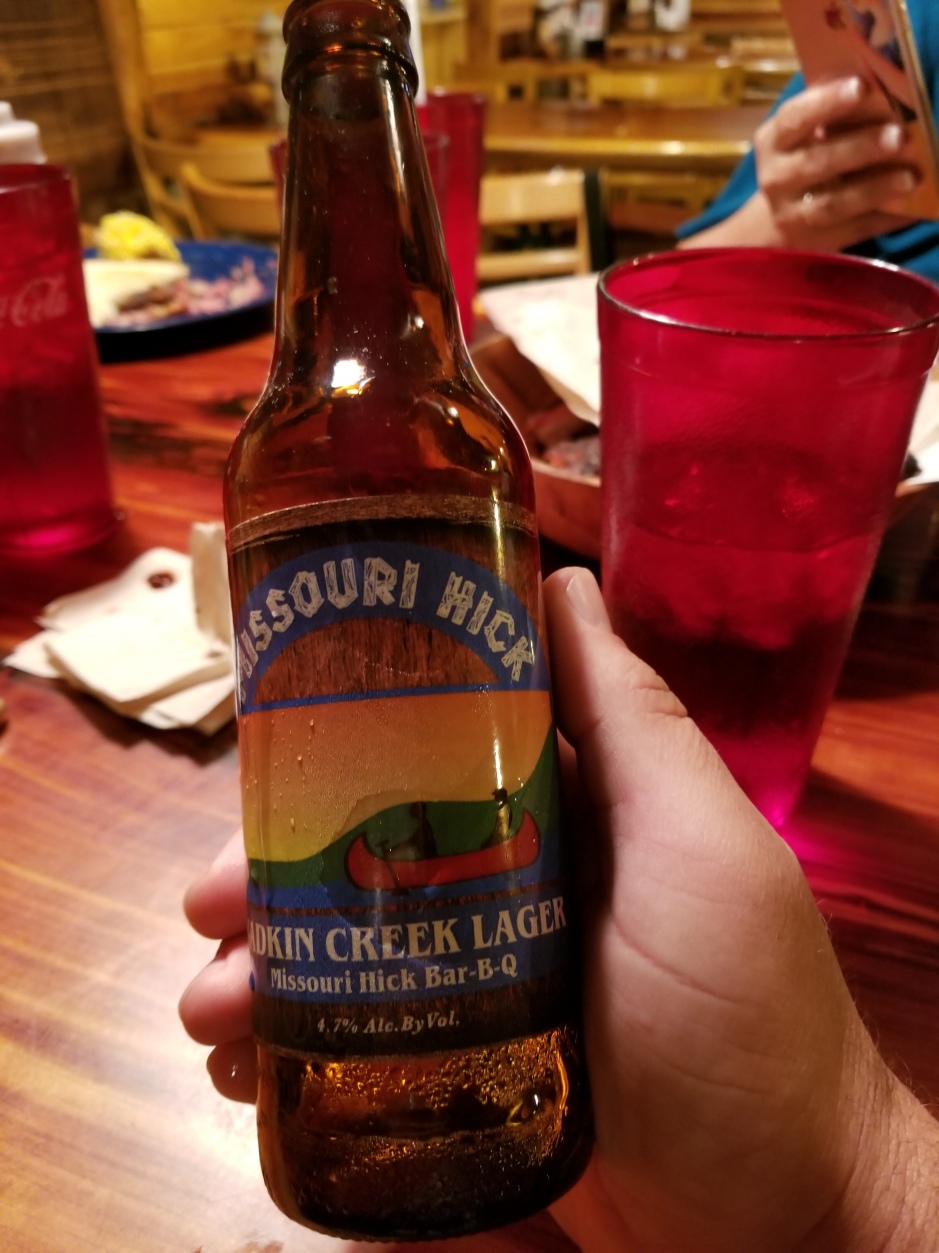 Sooo good. Such a great first day on Route 66. Can’t wait to see the rest of what it has to offer. I cannot believe we are already here!!!

Hey while I’m here….I want to call attention to what the boys are doing on the trip as well..

Myles has been vlogging every day on his YouTube channel.

And Owen has been blogging as well – link here.