Well for those of me that read this blog, I hope you had a very nice Thanksgiving full of food, family and laughter.

On with MY Thanksgiving.
We woke up…guess when….yep, early. 6AM. And my plan was to shower and then grab coffees and hot chocolates with our mugs for the room. That was the plan at least. I woke up, showered, and headed down but the woman at the desk informed me that there would be no coffee until 7AM. Unless I wanted to trek over to Jambo House

Look, I never complain about Disney. But this isn’t the first time this has happened. When I stay at a Marriott, I have pretty much 24 hour access to coffee. And I don’t even have to buy a special mug. I don’t get why Disney can’t get this together. There are a lot of people up early here. How are you going to keep people from coffee. Figure it out Disney!

Ok now that that unpleasantness is out of the way.

We all got ready and met up with the Falzones and hopped on the bus for Magic Kingdom for our 8AM breakfast reservation.

We strolled down Main Street and made our way to Crystal Palace for breakfast with Pooh and friends. And also to make jokes about seeing Pooh in the bathroom. Which I did. A few times.

But yeah lurve this breakfast. Lurve it. 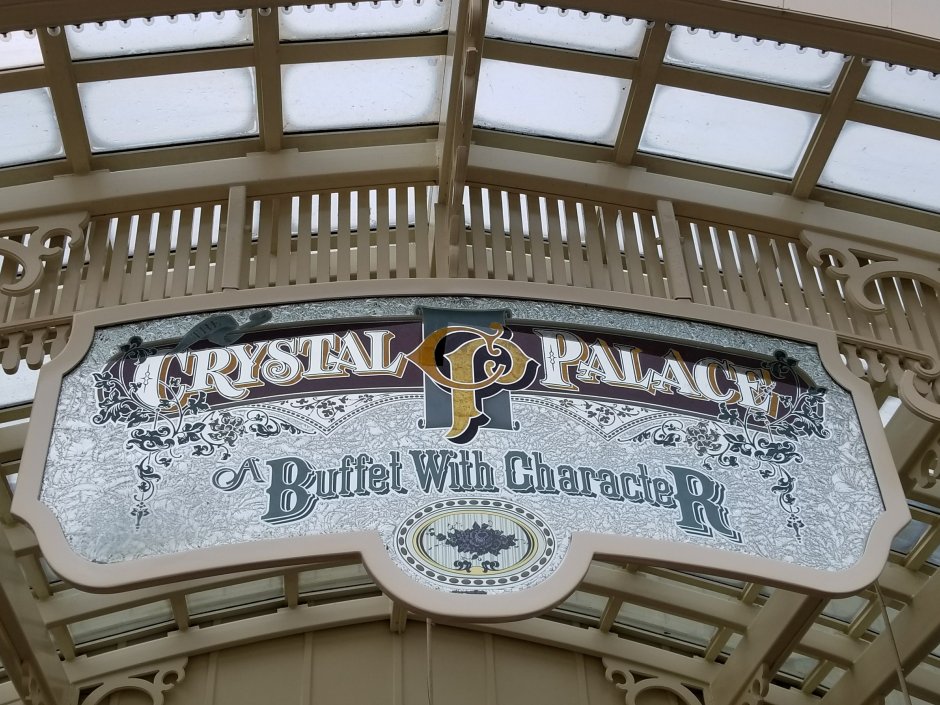 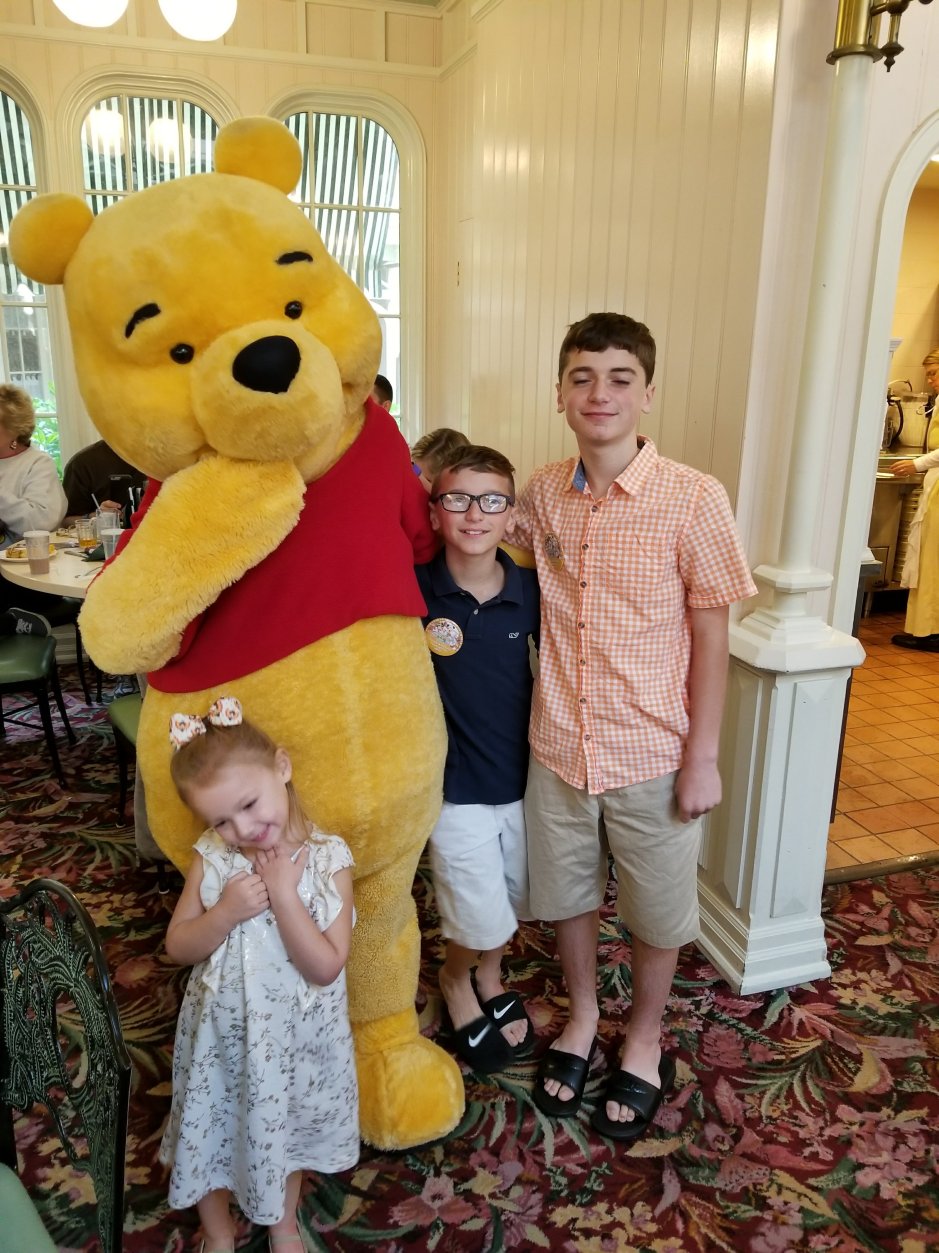 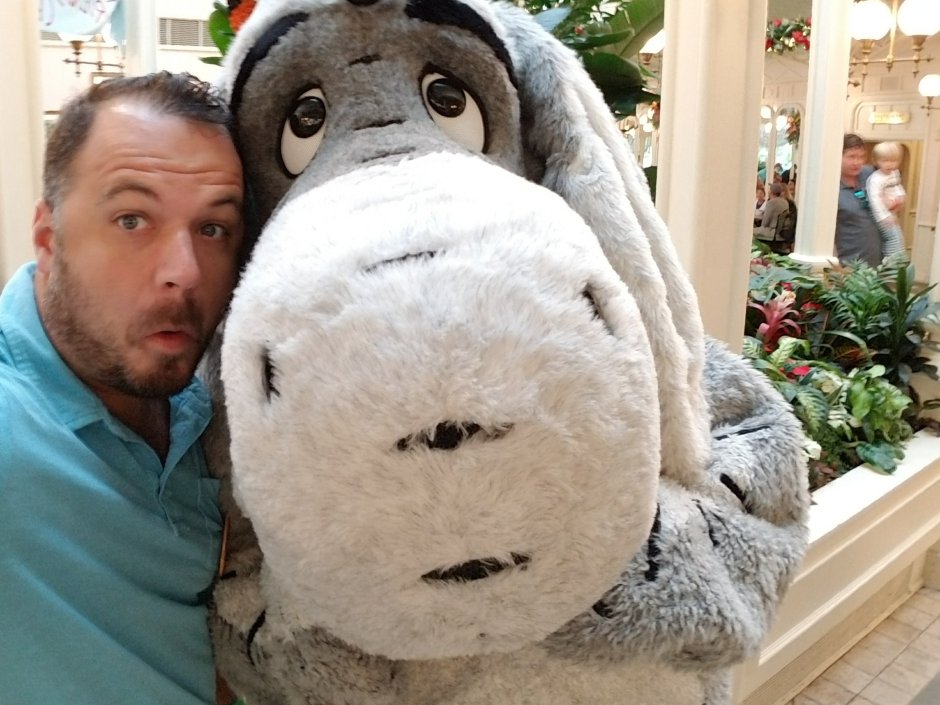 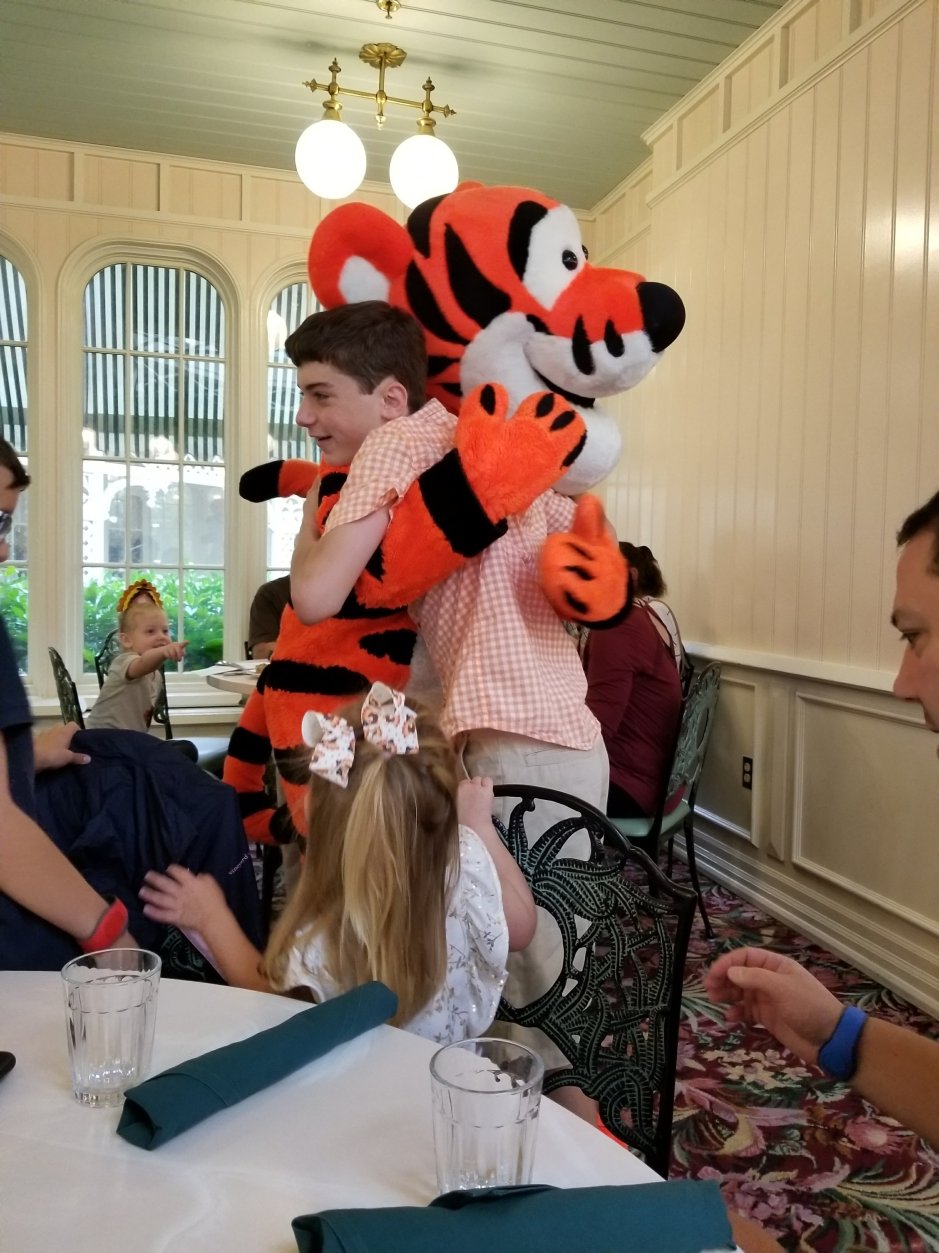 And I mean this plate is so full of yum.

And I mean ice cream for breakfast. So.

After breakfast, we pretty much walked on It’s a Small World and imnediately after used our fastpass for Winnie-the-Pooh.

We then walked over to Storybook Circus and took Mia on her first roller coaster – the Barnstormer! 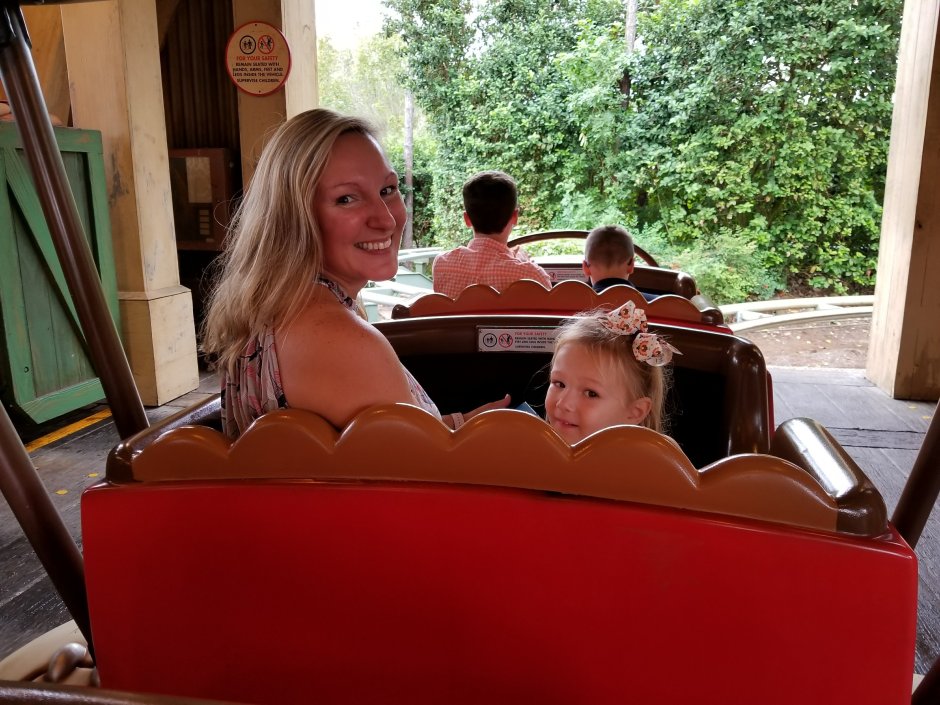 And on the way out of the roller coaster, this guy says to Mia, “that was wild” and she got all excited and he was like, “I love that!” And when I turned around to look at the guy? Paul Rudd. Paul. Rudd. Brian Fantana himself. I didn’t get a chance to snap a pic but he looked something like this.

But since we are so used to brushes work celebrity, it didn’t phase us in the least and we just nonchalantly slid onto the Mad Tea Party.

And then we used our fastpass to listen to poor Captain Hook impersonators on Peter Pan’s Flight.

Then it was lunchtime. On the way, we saw a the Move It Shake It Parade. I love Disney. You are heading to lunch and just happen upon a parade. 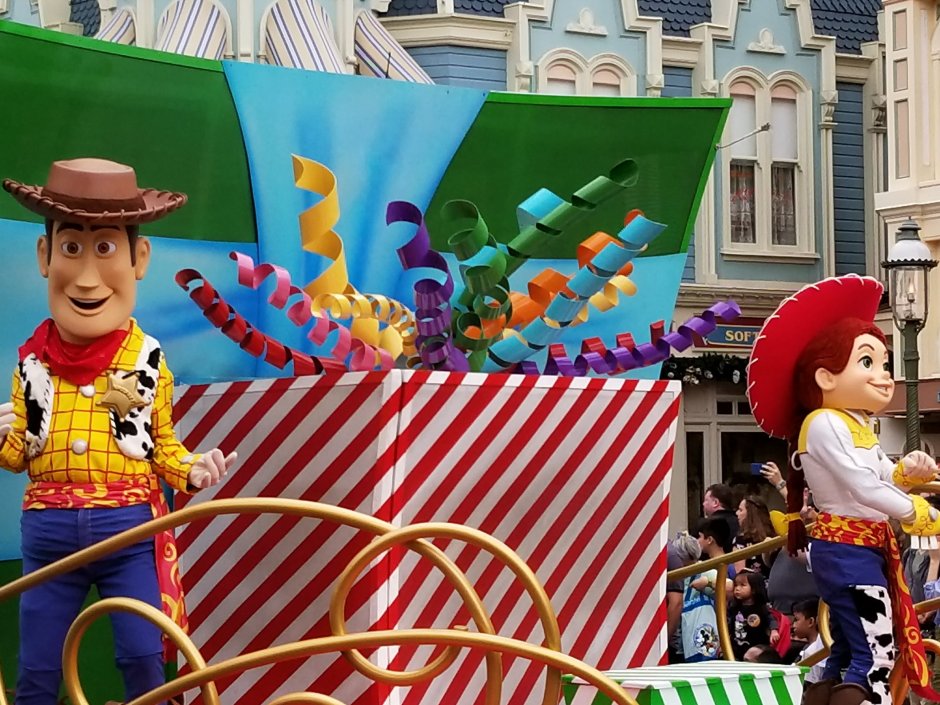 We have a kind of love hate thing with this place. To be honest I don’t love the food here typically. So today I planned on getting the Thanksgiving feast.

This was delicious. Spoiler alert but this was my favorite part of the meal. Well aside from the service, which was great as well.

It wasn’t….bad. not necessarily. But it wasn’t great. I really feel like that’s always my expierience here. Tony said it wasn’t the worst thing he ever ate and that’s kind of how I feel about this place it’s good. Not great.

But actually it was pretty cool. It goes all around the Rivers of America send you get to see a bunch of Disney from a different perspective. So thumbs up for the Liberty Belle.

As for the ice cream party, it was alright. We showed up at the landing, which was where we had our ice cream and dessert platter handed to us.

I did love how themed all the desserts were but they weren’t anything super special in the taste department and the ice cream was all melty. Gummy bears though. And while I was too hungry to partake, I did appreciate them having Mickey bars on board for the taking. I would have definitely held out for these if I had known.

And we did see Tiana and Naveen ok the landing but we were kind of rushed to get on the boat and get a good spot so we didn’t stop for a pic.

We got on the boat and the boat moved a little bit up river to watch the parade. 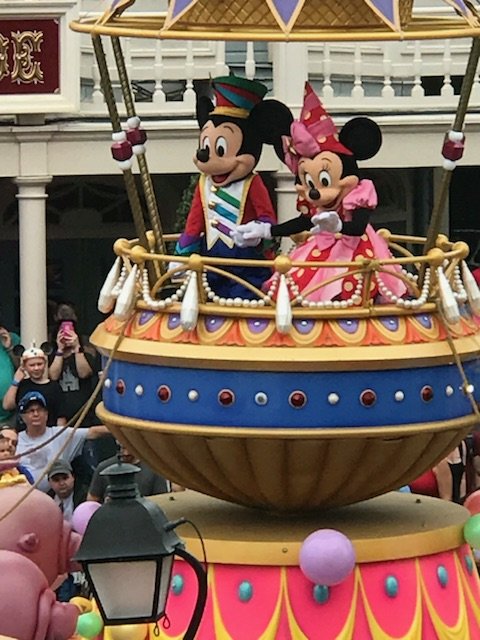 And after the parade we took a ride around the river with Tiana and Naveen, which was cool. They did a parade around the ship and spent some time interacting with the kids. I wish I had pics but my phone had died at this point. She was cute. I mean IT. It was cute. 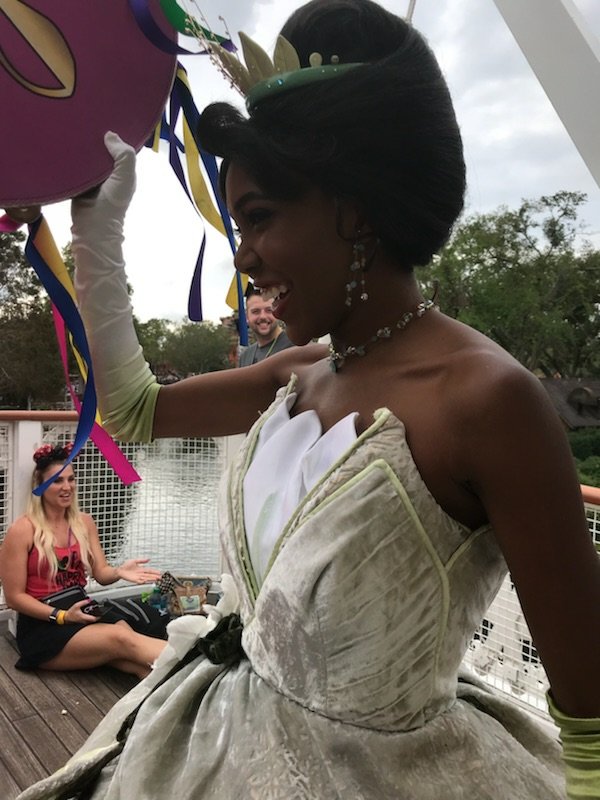 I just don’t know if it was worth the extra charge. I would much for recommend spending the money on the Happily Ever After Dessert Party we did the other night.

After the party, we headed back to the resort to chill for a bit. Everyone was pretty beat. Well except Mia…

Nickie and I had a beer on the balcony and watched the animals. 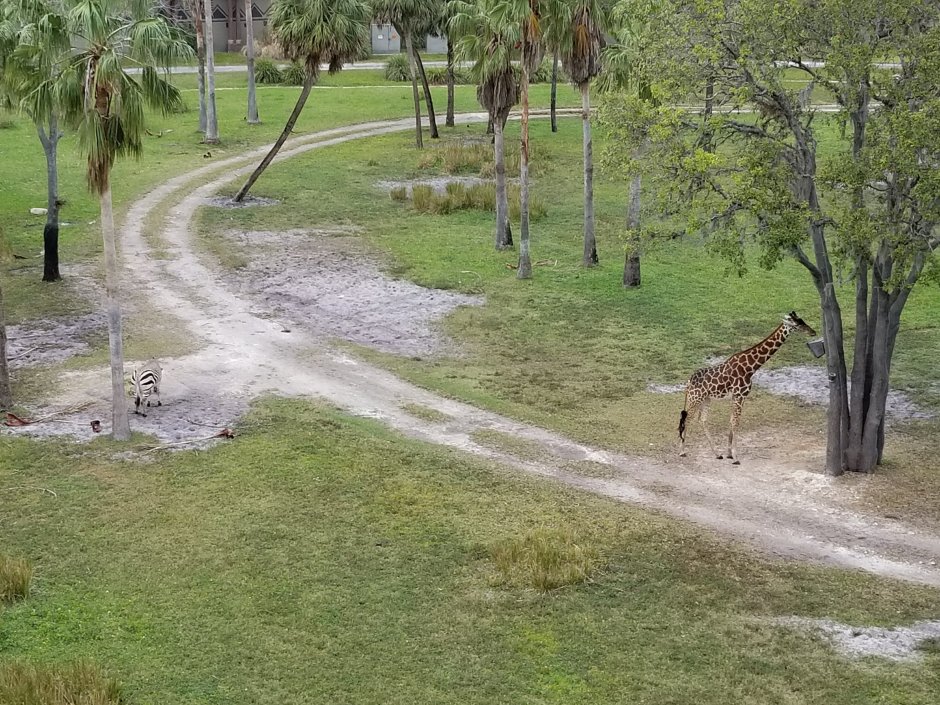 We then got dressed and headed down to Sanaa for dinner. We love this place and once again, it didn’t disappoint. 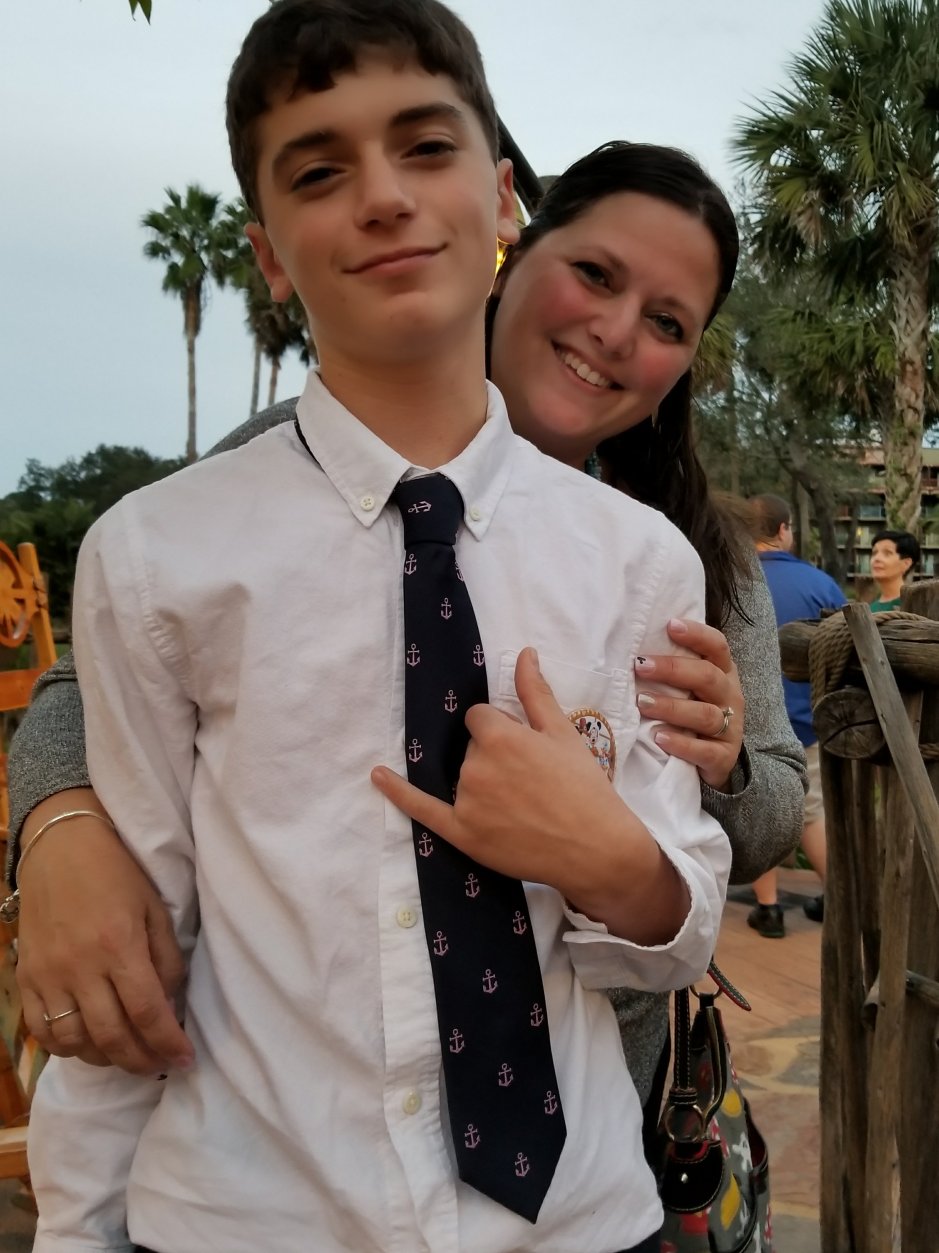 We started with some nice wines and then came the apps. Eggs and sausage. Scallops. 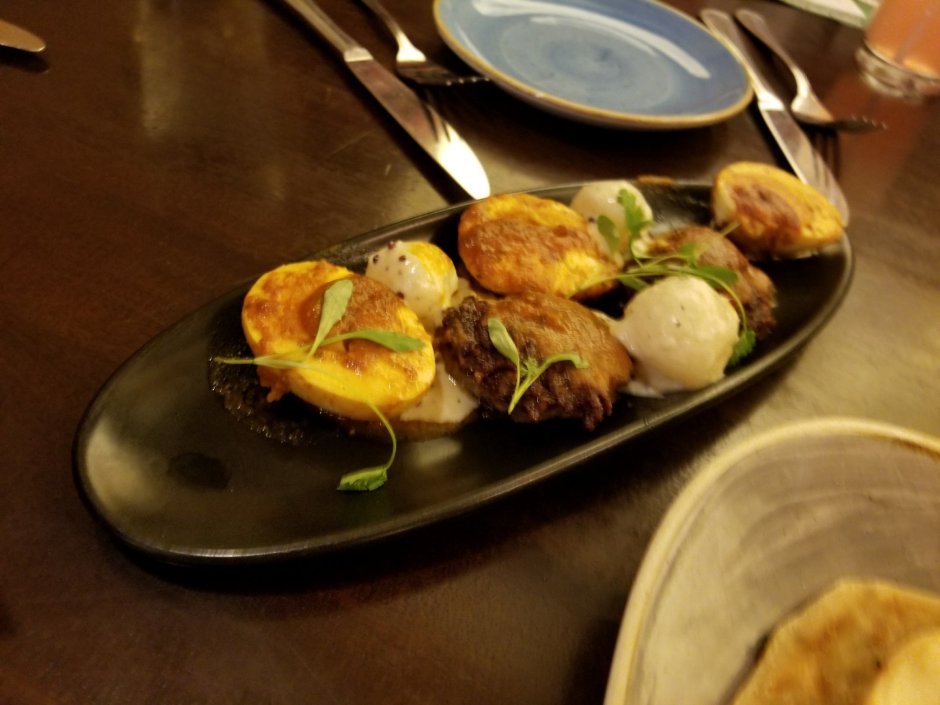 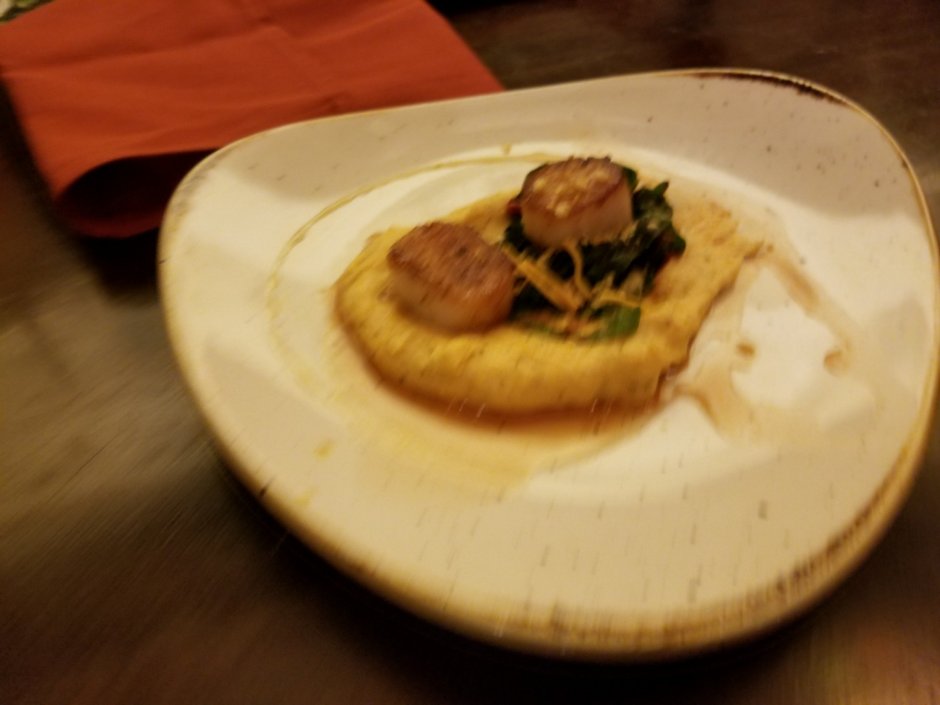 Then it was entree time. Some (Nickie, Tony and Myles) got the Thanksgiving feast, which I tried to photograph but eh it didn’t come out. Owen got the steak, which I didn’t photograph because he ate it too fast.

I got the Potjie inspired with butter chicken, short ribs, and aloo masala over basmati rice. So good. And so much food. I mean I never say this but I couldn’t even finish it.

But for some reason I found room for dessert. It seemed we all did. Tony and Larissa both got the pumpkin pie ice cream, Nickie got to mousse and I got the spice cake. 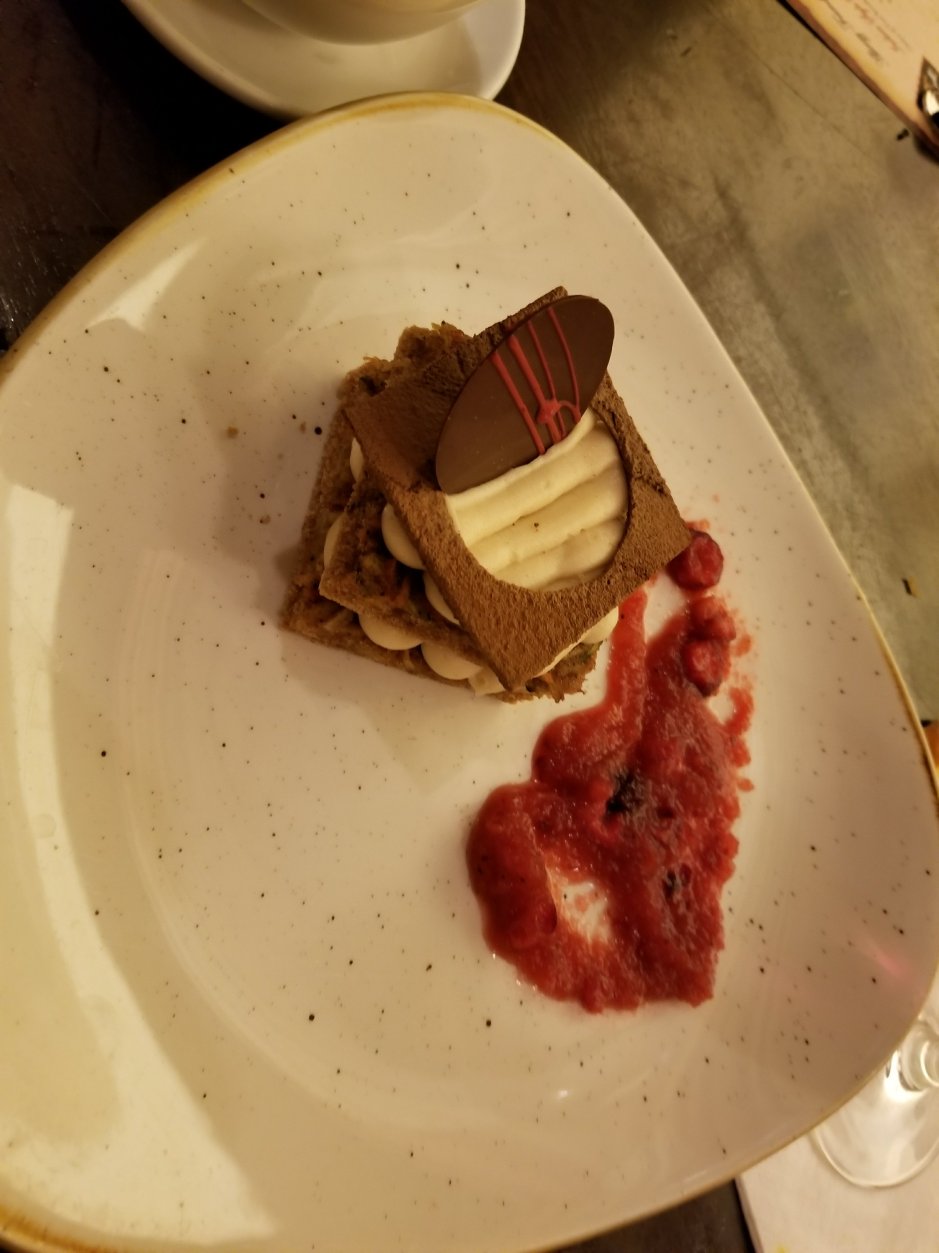 That spice cake? It made me happy.

The kids all got these paint a brownie things for dessert and Mia was a legit mini-Picasso. Cept cuter. 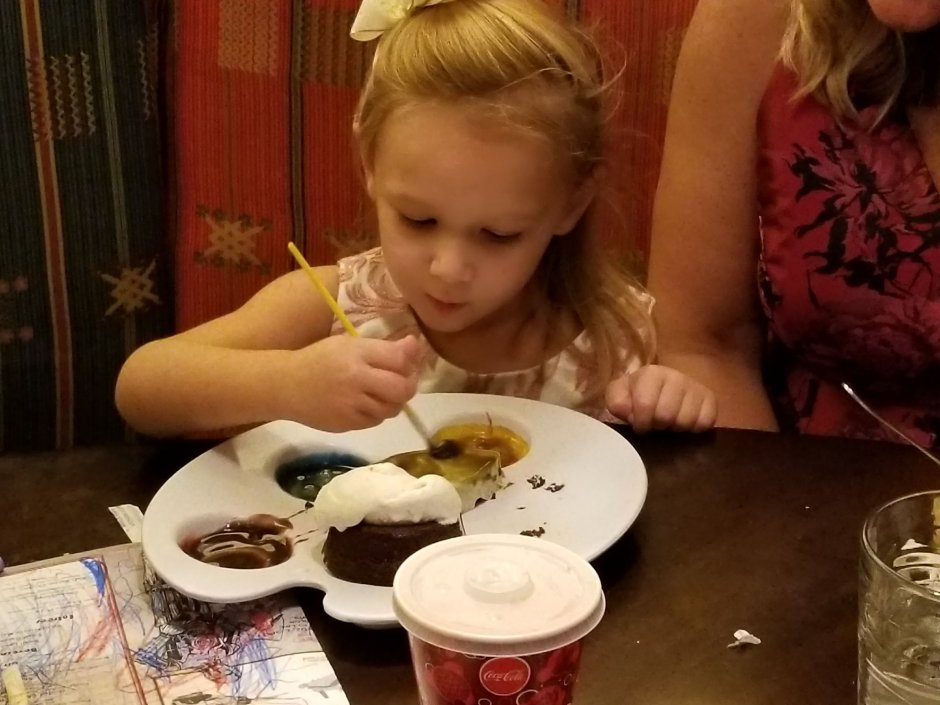 After dinner we grabbed Ubers and headed over to the monorail resorts to see some Christmas decorations.

We started at the Polynesian. One of our favorite resorts but it really doesn’t try all that hard for the holidays. The tree was really pretty though. And the people in front of it were immensely good looking. Because those people is us.

We didn’t stay too long at the Poly, but we did go out to the Pineapple Linai so Myles could get a Dole whip. And we got a tad nostalgic for this place. Ok fine, I miss the crap out of it.

On the exact opposite side of the holiday spectrum was our next stop Disney’s Grand Floridian. This place… 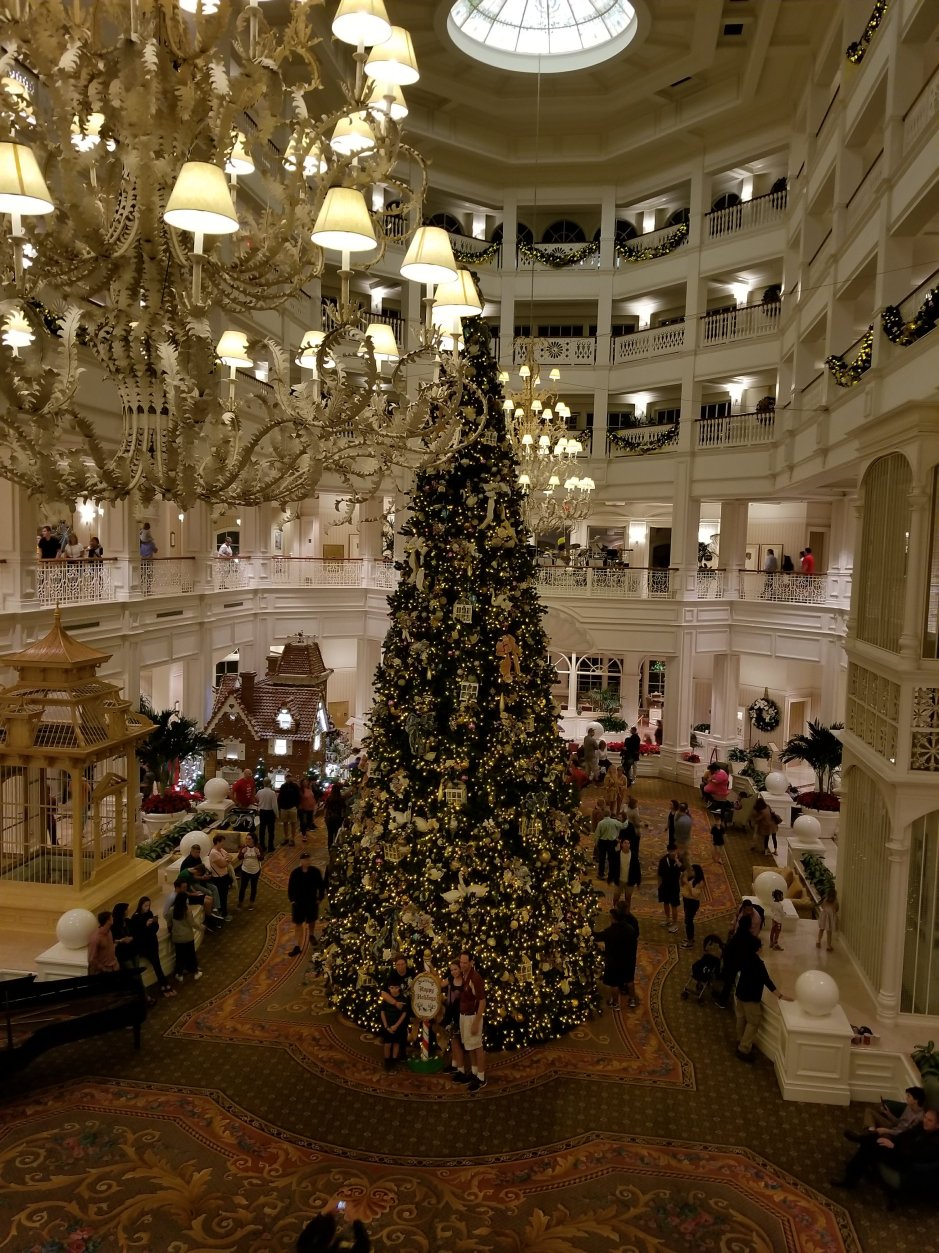 The kids bought a gingerbread shingle to share and the adults headed to for some drinks. Nickie and Larissa had a champagne and Tony and I got the Lagavulin 16. Smoky goodness.

We then jumped back on the monorail and took it to the Contemporary. Almost getting off at the Magic Kingdom. We were really close. But instead we went to the observation deck at the Contemporary to watch the Happily Ever After fireworks. 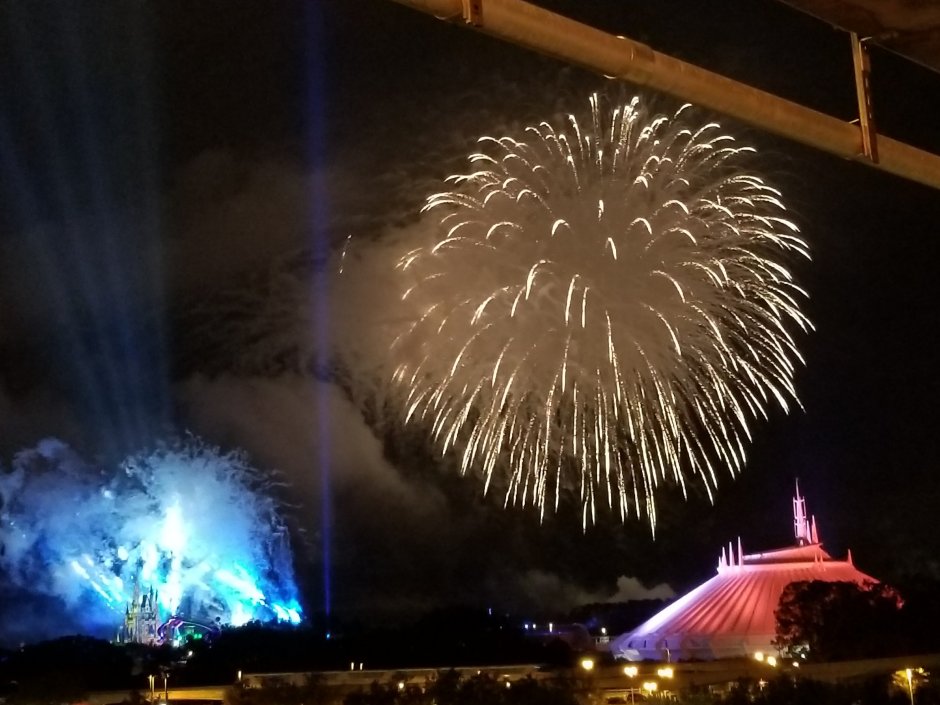 We had a really nice day. Did a lot of awesome things. And had a happy Thanksgiving filled with many memories.

I am so thankful that I could spend today in Disney World with people that I love. I sometimes can’t believe how lucky I am