Hey all – Wanted to introduce everyone to the newest member of the Goodreau family. Meet Lilo!

A few months ago, we received some sad news about our girl, Daisy. She was diagnosed in September with liver cancer and given only a couple months to live. But I am happy to report it’s been 4 months since that diagnosis and she is still doing well. She has lost some weight for sure and has not so great days here and there but overall she is still the happy, lovable pup she always is.

We were already planning on getting a puppy before getting the news, but hearing that about Daisy made us ramp our search up a little more. We figured getting a puppy would be good for both us and Daisy. We couldn’t bear the thought of a house without a dog. And we hoped a new puppy would help keep Daisy active and young.

And I mean of course we were gonna get another Golden.

We were already in talks with a breeder that was expecting a litter so we confirmed we wanted one and put a deposit down. However, a couple days before the pups were going to be born, the mom miscarried. Poor thing.

Nickie scrambled and found the number of a breeder in Rhode Island. She called them and the mom was actually giving birth while Nickie was on the phone. Cray Cray. It was a sign. Obvs squad.

We confirmed we wanted a girl and that was pretty much that.

Oh and this breeder? Awesome. Super nice and she let us come visit the pups a few weeks in just to meet them and the parents. And some of their older siblings. All such good dogs. Again, goldens. So.

After we got back from Disney, we visited the breeder again to pick out our girl. Which was tough since literally they were all the most adorable thing I have ever seen.

But we picked the one that seemed to come to us the most. She was super sweet and super cuddly and super calm and super misleading. They always fool you with the calm.

But we spent some time with her and took some embarrassing pics of her.

And leaving that day? Oh hi, hard. We still had a couple weeks before we could take her home. I mean I guess it worked out. We had to host our annual Christmas party and get stuff ready for the holidays. And puppy proof as best we could.

Then the time finally came to pick her up. We drove down to Rhode Island – the four of us and my mom – through the snow. We were all so excited to bring home our newest Goodreau.

And once again, the breeder was awesome. She made Lilo this cute little Christmas ornament for her first Christmas. We got to play with Lilo’s dad, Mario, a bit before taking off as well. Huge head, that Mario. But an awesome dog.

We loaded up the car and drove her home. And man, was she awesome in the car. No accidents. No throwing up. She whined a little but we passed her around and every new lap seemed to calm her. And then my mom took her and she feel asleep. On account of my mom is the dog whisperer.

And now, she is home. And getting bigger and more awesome every day. We have had her at home for a little over two weeks now. It was so nice having both dogs for Christmas this year. They both got a lot of presents and a lot of love. 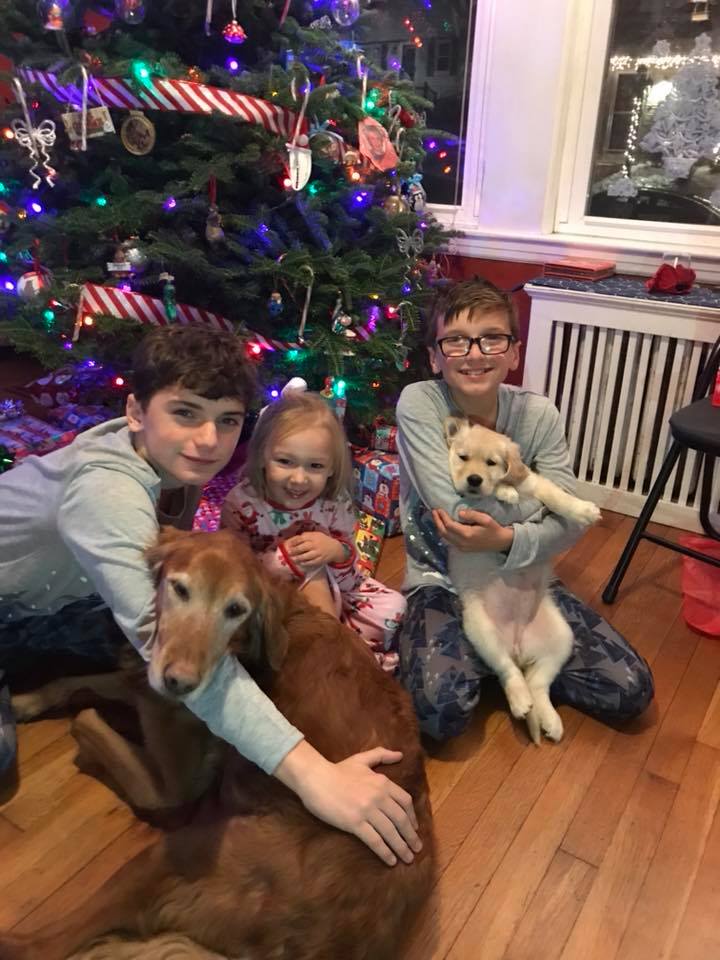 And Daisy. Well Daisy is….warming up to Lilo. It was a little dicey at first, but it does seem like Daisy is really starting to take to the little fluff ball. So long as she doesn’t bother Daisy first thing in the morning. Which Lilo likes to do. 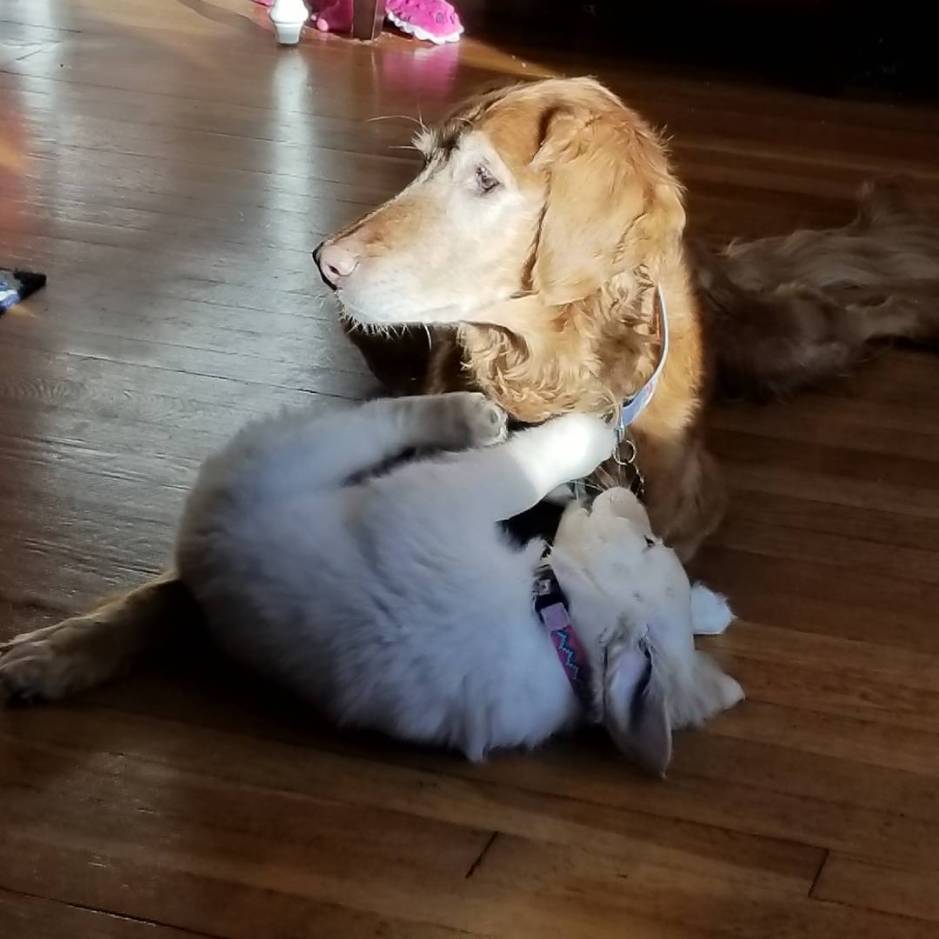 It’s funny. Before we actually brought Lilo home, I told Nickie I was worried that I wouldn’t have love left in my heart for another dog. Daisy has been a wonderful dog and, especially now with how sick she is, it was really hard to think about splitting that love with another pup.

But as always, the capacity for love in the human heart astounds me. Adding another member to our family doesn’t require portioning your love, it increases your capacity for love. I remember feeling the same way before my second child was born. I thought there was NO WAY I could love another child as much as I love my first child. But of course that wasn’t the case. Rather than having to portion out the love as if I had a specific compartment set aside just for my children, it seemed to just add more love on top.

And that’s what Lilo has brought. More love into this house that is already overflowing with it. It’s pretty disgusting when you think about it. All the love.I will be sure to add Lilo to our introductory post soon, once I figure out her favorite movie.