Ok so when we set out on this adventure we said there would be great days and eh..not like the greatest days. This was one of those.

This morning, Nickie, Sharon, and I woke up before the alarm (5:30 I think?) I know. But we were pretty excited.

We had some coffee on the deck of our room overlooking Lake Osteago to get the morning started and then we woke the kids (and Papa) up, packed the car, showered and hit the road.

But we did it. We reached the US/Canadian border. And really made pretty good time. Even though I was feeling like I should pick up two of every animal on the way. On account of Noah.

Crossing the border was relatively easy, getting over in about 8 minutes. Which was pretty impressive considering today was Canada Day 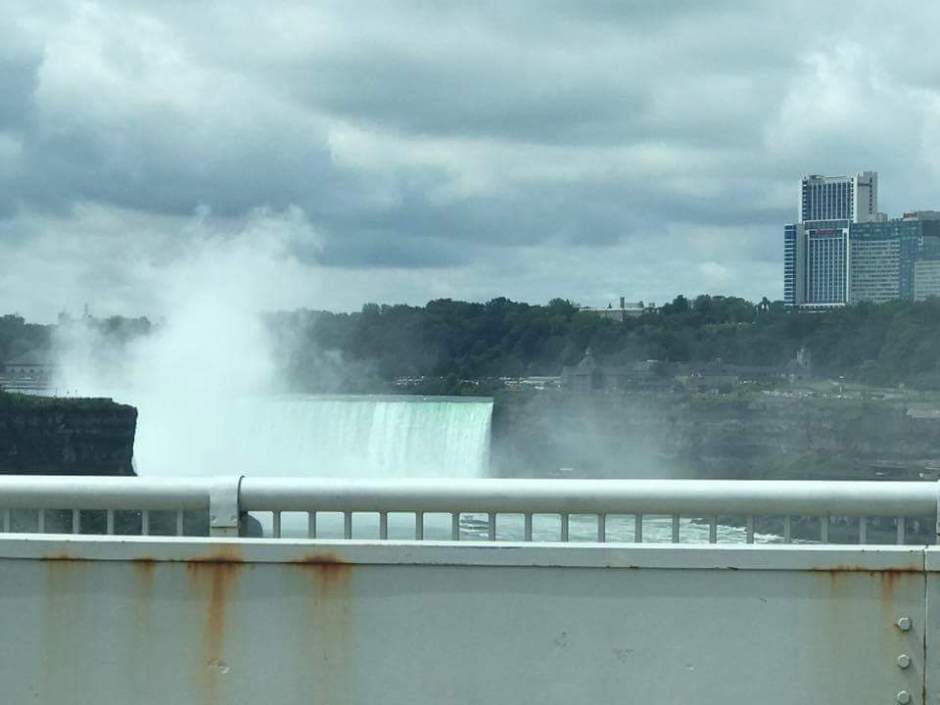 We crossed over and checked into the DoubleTree Fallsview. So nice. And also cookies. 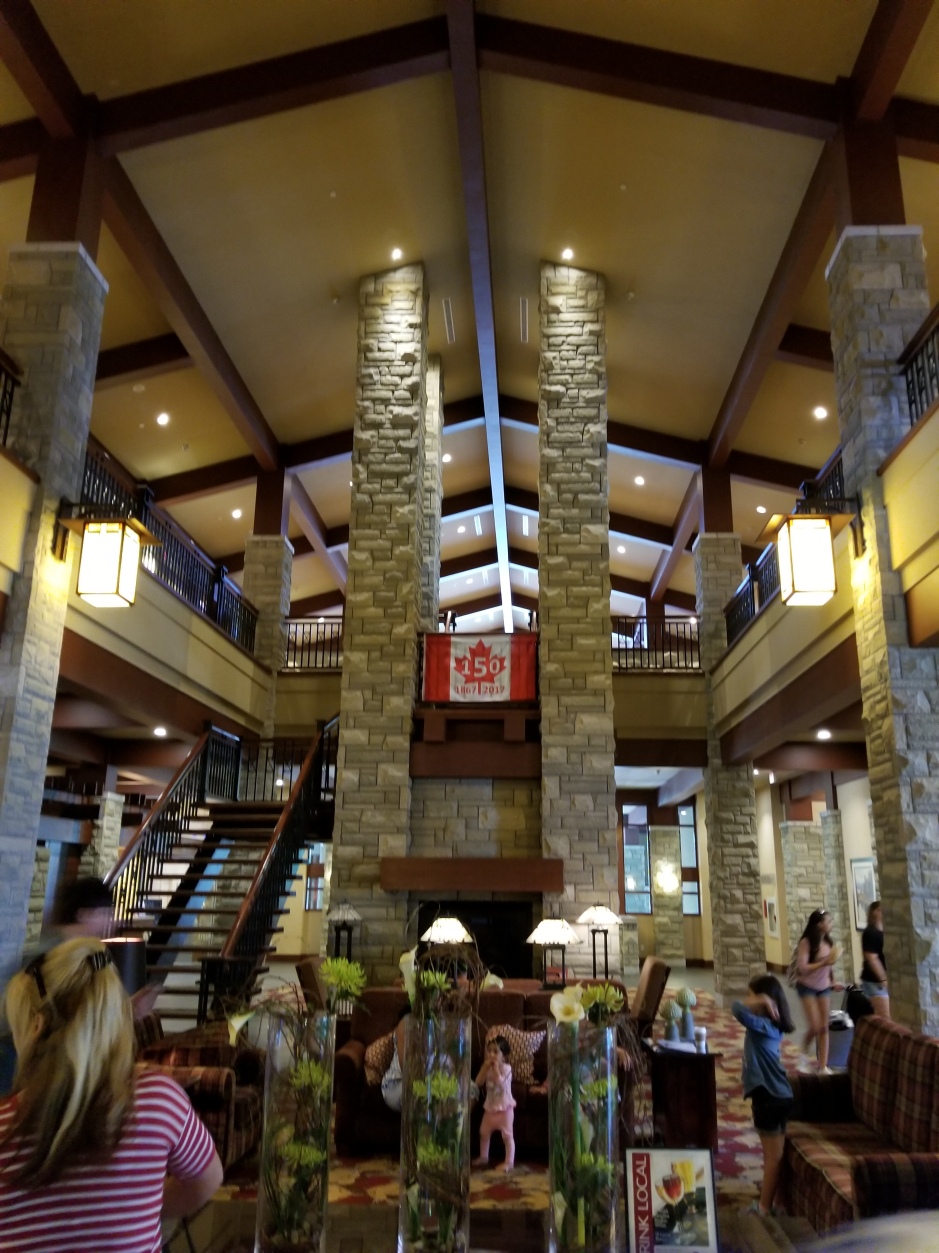 And our view? We had a nice view of the American Falls. Murrica. Falls.

We wanted a little bit of chill time so we ordered a couple pizzas to the room. Before they got here, I went down to the fitness center and got a 3-mile run in. In my USA running shirt. Happy Canada Day.

Then I came back, had a couple slices and meet up with Nickie and the boys down at the pool. And when I say pool, I mean hot tub.

And finally. FINALLY. Nonnie and Papa made it to the hotel. We met up with them, brought their stuff up to the room and went back on down to the hot tub.

After THAT hot tub time, we went up and got ready for the night. So far so good right? Kk.

We headed out and wanted to grab dinner before our cruise on the falls. So we walked into downtown.

So imagine if you were like stuck in a giant carnival midway. Crammed with people. This? It was that.

Owen and I did decide to take a ride on the SKYWHEEL. Which was fun.

And then we had dinner at Montanas. I asked the lady at the skywheel if there was anywhere we could eat that wasn’t a chain. She said that didn’t exist around here. So.

But eh…it was still good. Had some pulled pork poutine.

And nickie and I split a chicken and waffle club.

Oh and big beers. So. 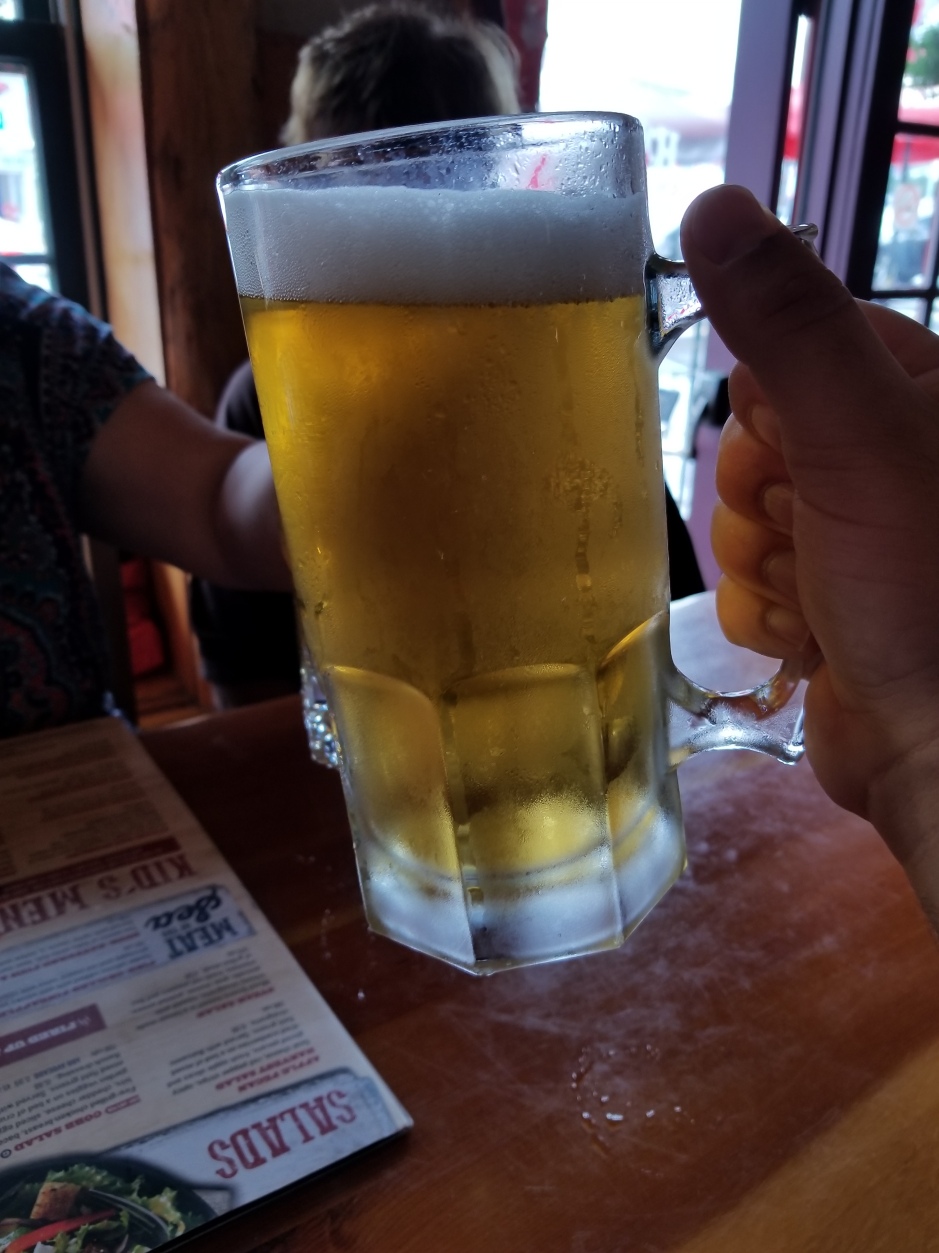 Then we headed down to the Hornblower cruise place. So many people.

We got onto our boat and got kind of elbowed and kicked and what not. But I will say…the falls themselves were cool to see 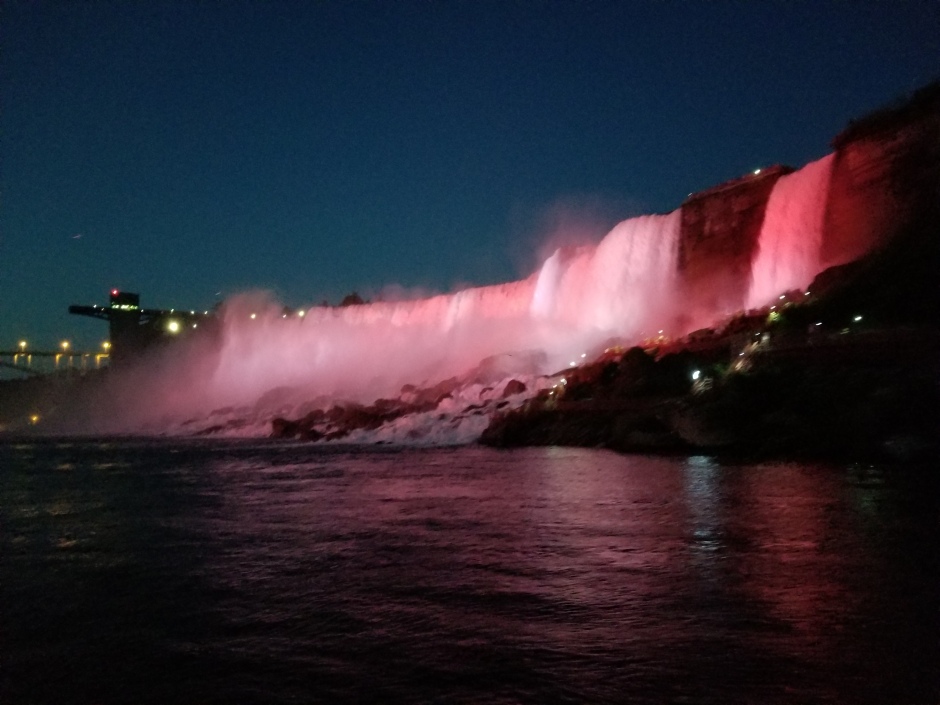 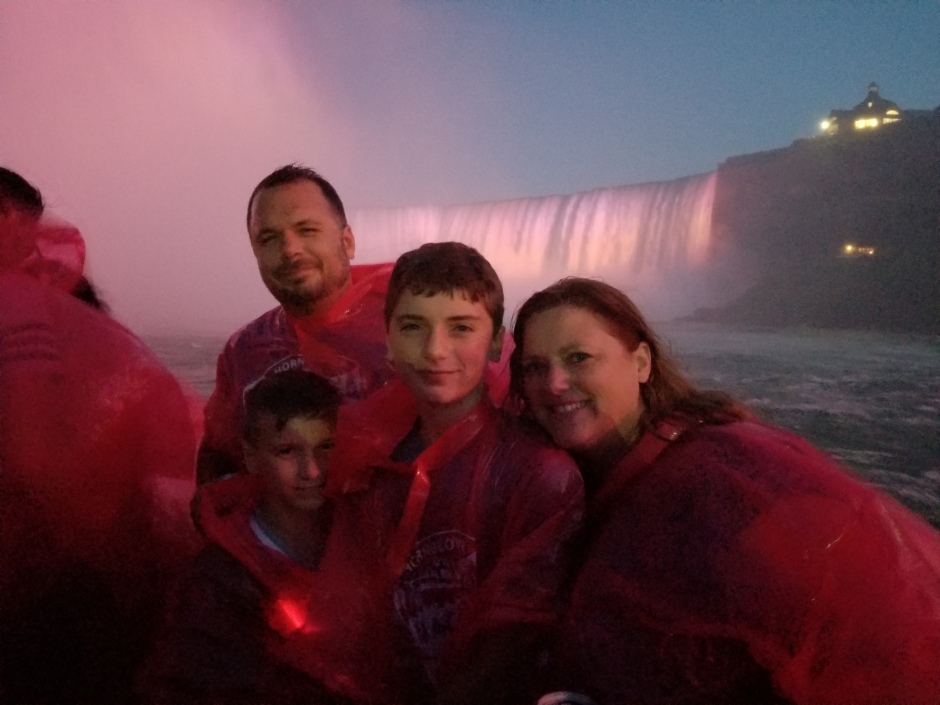 And there WERE fireworks…though weirdly not set to music and not really shot over the falls. 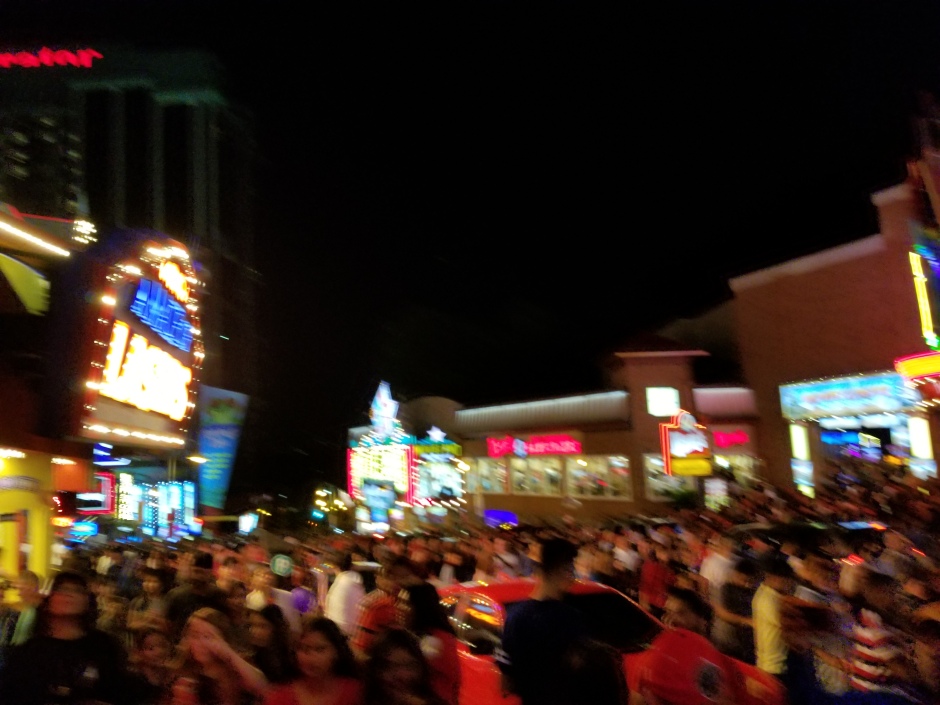 So we walked back to the hotel through the crowds. Which, again. Insanity.

And are basically now slumping into bed.

It wasn’t like…the best day in Niagara. But the positives, right? The falls we’re pretty. And the hot tub. And I still got to spend it with people I love. So there’s that.

And tomorrow is Toronto. So still Canada can be saved!