So Day 12 is cool, like, on a bunch of layers. Like, it’s fun to begin with. Then, other cool stuff happens. And then more cool stuff. It’s like taking a bite of cake and being like, “oh, this is pretty good.” And then you get a bite with frosting on it and you’re all like, “Oh, wait….this is like REALLY good.” Then all of a sudden, someone pours a shot of whiskey down your throat. And then you’re al;, “YES YES YES OMIGOD THIS IS THE BEST THING EVARRRRRR!!”

Wait, what point was I trying to make? Oh right. Cake. And whiskey.

Oh right. Also, today is great. I mean we are waking up in Disney World. That’s the cake. AND we are going to Animal Kingdom, which is a park we have yet to visit on this trip. AND we are meeting up with my brother, Jeff, and my niece, Shannon.

I am thinking I might get a run in again this morning as the schedule has the rest of the family waking up at 7AM. That should give me some time beforehand to go for a quick run around the Boardwalk. Hopefully. Best laid plans and all that.

But either way, the four of us should be up by 7AM. And breakfast will either be in the room or a snack at the Marketplace. Not too much of a plan, I suppose. But actually today is totally ADR-free. No meals booked. I know, pretty nuts. But we do have some idea of what we want to eat throughout the day. I mean, we’re not savages.

Right. But we aren’t that.

After breakfast, it’s off to Disney’s Animal Kingdom! It’s crazytown that this will be our first time visiting Animal Kingdom on this trip, especially given that last trip we had already been twice by Day 4. Here it is Day 12 and we are just now seeing this for the first time? 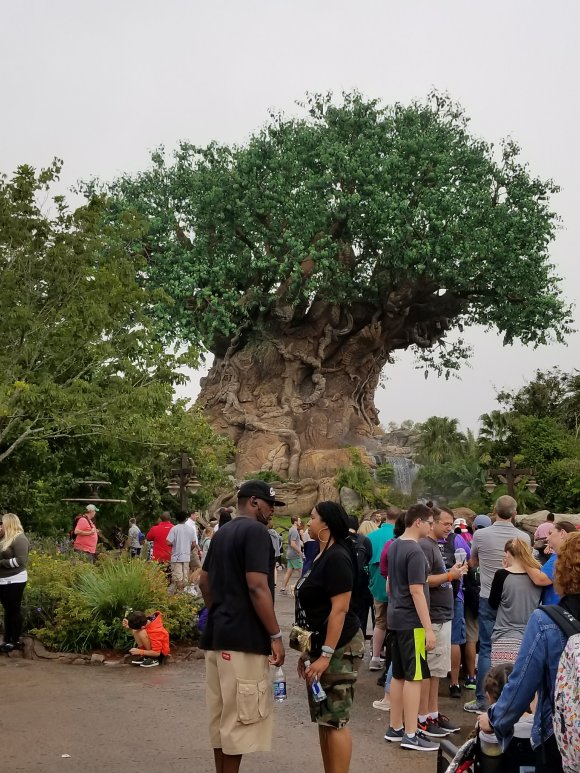 Yeah. I’m not proud of that one either. Let’s move on and never speak of it again.

So like I said earlier, we are meeting up today with Jeff and Shannon. Yay! I am not 100% when though. They usually get to the parks pretty early since they live in Sarasota. Oh wait, here is a picture of them with Nickie.

I know it’s not a picture from Animal Kingdom, but it IS a picture of them from EPCOT. So just replace those Tipsy Ducks in Love with maybe one of these bad boys.

Regardless of the choice of beverage, Jeff and Shannon WILL be joining us. For TWO DAYS!!11 Which is super duper fun times. Like I said, though, I am not totally sure of the “when.”  But it will happen. And it will be glorious.

That park-type plan is to head right to Pandora after entering. And that’s pretty exciting. I mean, a whole land based around a streaming music service? I am really excited to try the “Why do they insist on playing that ‘I’m Still Standing’ song from Sing on my Disney channel when  it’s not even from a Disney movie” ride.

Ha, just kidding. I am not all that excited for it. I just can’t skip it. I am out of skips. 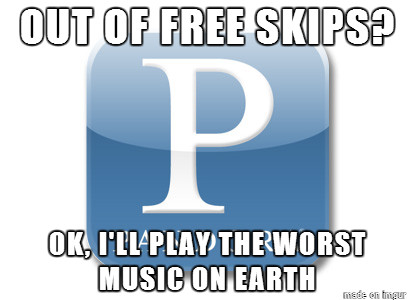 Buttttt seriously. We WILL really be heading to Pandora. And Pandora? Well, I mean. It’s pretty awesome.

We have a FastPass for Flight of Passage from 9:35 to 10:35 so I think the plan is to first hit Na’vi River Journey… 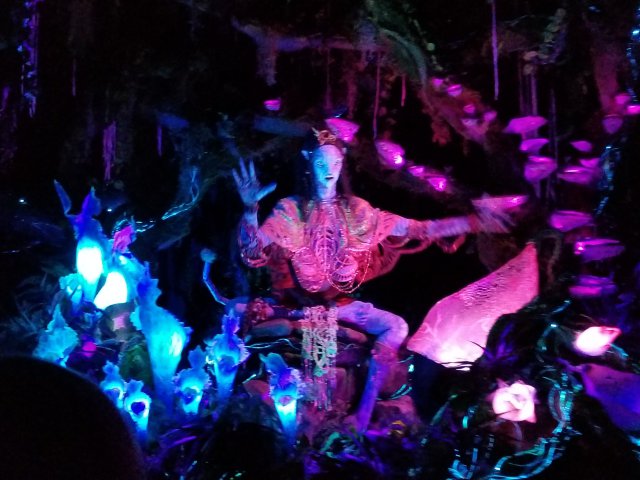 …and then head right over to jump on FOP. For those that read my posts from our last trip, Owen and I waited four hours to ride Flight of Passage last year as FastPasses were near impossible to get the week of Thanksgiving. And we still thought it was worth it. THAT’S how great this attraction is.

I am really excited for Myles to experience it and (who knows) maybe Nickie?

I feel like by this time, we will have met up with Jeff and Shannon. So imagine that everything we are doing now is like ten times more awesome than it would be otherwise.

Our next FastPass has us leaving Pandora and heading to Africa for our 10:55-11;55AM FastPass for Kilimanjaro Safaris. Obvs no trip to Animal Kingdom is complete without a safari. Because, I mean. Animals. 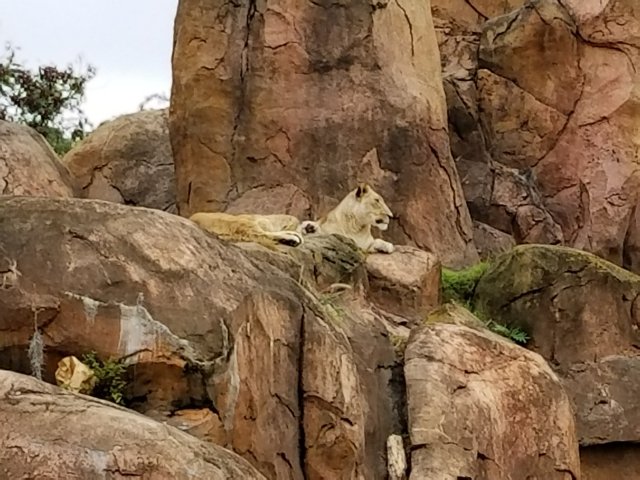 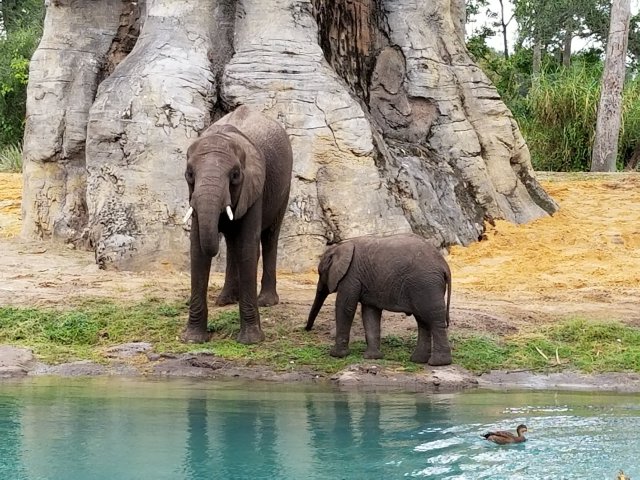 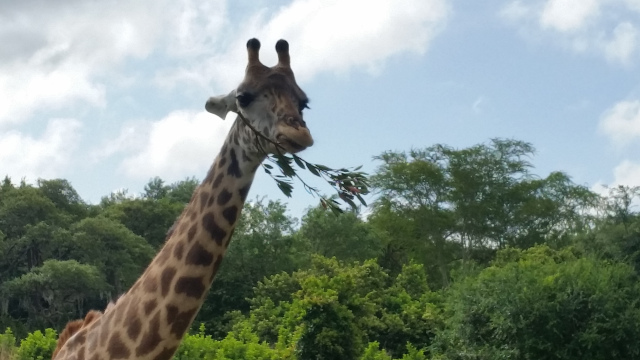 And yeah, you can expect pretty much the same pictures once I post my actual trip report. Well, except that last one. Because it was taken on my older, much more craptastic phone.

And this will be a historic ride on Everest as Myles has decided to ride it this trip. Epic.

That will be it for our three predetermined FastPasses. So at this point, we will probably be looking into what we can book for later in the day/evening. Also, being that Animal Kingdom’s crowd level is a 1 on touringplans.com that day, I expect we will do some walk-ons too.

But after climbing the peaks of Everest, I assume we will all be starving. For lunch, the plan is to hit Satu’li Canteen back in Pandora. I love Satu’li Canteen so much. The cheeseburger pods are bomb.com. 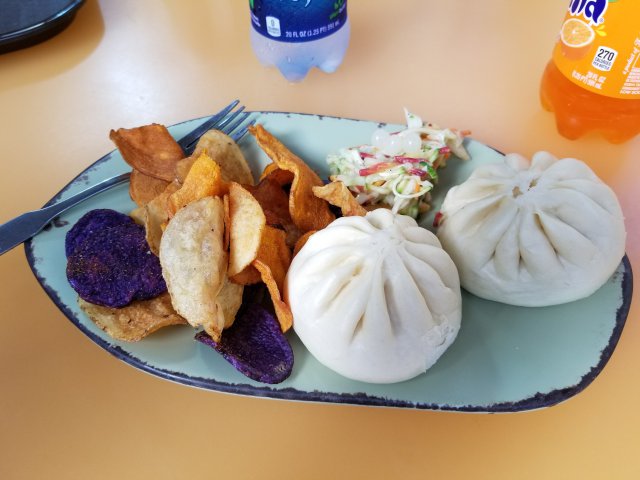 But I have also heard really good things about their bowls. So who knows. I may go with a bowl. I may go with a pod. Point is, I will be getting fatter. And that’s what Christmas is all about, Charlie Brown.

After lunch, I think the play may be to take a pool break either back at our hotel or maybe at Jeff and Shannon’s. Or maybe we won’t. Today is really a sort of up-in-the-air day. Says the guy who just wrote 3 Microsoft Word pages worth of plans and it’s only technically around noon.

But let’s go with the whole mid-afternoon break for now.

So yeah, we will get some pool time in with my brother and niece. And pool cocktail time also in.

And then we are planning on heading back to Animal Kingdom a little later. I still find it so novel to be able to hang out in Animal Kingdom at night. Like I said, we will hopefully have made some FastPasses for the evening, but the crowd levels are expected to be so low that we may not need ‘em. I would definitely like to be able to hit Dinosaur (sorry…DINOSAUR. Why Disney? Why is this attraction name ALL IN CAPS?) and maybe Tough to Be a Bug if we hadn’t already earlier in the day. I would also like to jump on Everest and the safari at night too. We did the safari at night last time and while it wasn’t nearly as fun as the daytime safari, it felt like a different experience for sure.

I also just really like walking around this park at night too. We will most likely hit Pandora just to walk around.

And we will also most likely be getting dinner at the parks. Being that we are going counter service ALLL DAY, I think we will head over to Flame Tree Barbecue but honestly, we could really end up wherever. In fact, the more I think of it…maybe we do Flame Tree for lunch and Satu’li for dinner? Since we will be in Pandora that night as well, maybe that makes more sense.

So, this is how a no-ADR day works? It’s both exciting AND terrifying. It’s like the Jessie Spano of Disney days. 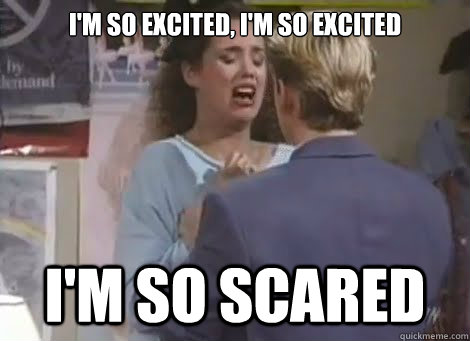 But whatever we end up doing, I am sure it will be top notch. TOP NOTCH. Because we will be at Disney with people we love. And THAT’S what Christmas is all about, Charlie Brown.

Lucky Day 13 will be yet another day with the Florida Goodreaus in the most magical of kingdoms. Bet you can’t guess where.